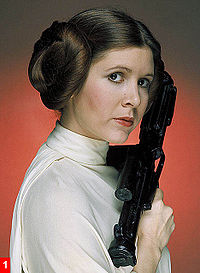 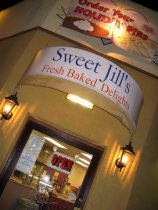 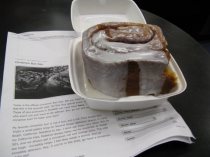 We have 11 different official languages but only one word for the wonderful institution of braai. It’s braai in Xhosa, it’s braai in English, it’s braai Afrikaans…All it calls for is come with your friends and family, have a little fire, and braai…That should make you proudly South African.

The 24th of September was once known as Shaka Day, in honor of the Zulu king, but these days it’s celebrated throughout South Africa on as Heritage Day, or Braai Day. Today the “Rainbow Nation’s” near 50 million people come together to partake in the country’s national past time.

“Cooking food on an open fire is an international phenomenon, but to braai is a truly unique South African past time that penetrates racial, cultural, religious and social boundaries.” 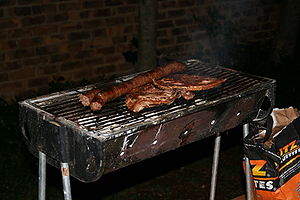 Heritage Day–or Braai Day as it’s been called the last few years–is one of several holidays that came into being with the fall of the Apartheid government in the 1990s. These new holidays sought to remember dates that resonate with all South Africans.

Other national holidays include:

In memory of the sacrifice of 69 protesters killed by police on this day in 1960. The demonstrators were protesting the infamous pass laws. In the wake of the Sharpeville Massacre, the government outlawed black political organizations.

The anniversary of the first truly free election in South Africa in 1994.

Dedicated to those his lost their lives in the protests and riots of 1976, fighting for equal education.

When 20,000 women marched to Pretoria’s government buildings in 1956 to protest the pass laws.

Both the anniversary of the beginning of the armed anti-Apartheid movement in 1961 and of the defeat of the Zulu army at Battle of Blood River in 1838. That South Africans have their different reasons for remembering the date underscores its true purpose: to come to terms with the country’s often brutal past of racism, violence, and injustice.

364 days out of the year, Buñol is a quiet, ordinary Spanish town country nestled in the foothills of the Valencia mountains about 40 kilometers from the Mediterranean coast; its population is just shy of 10,000.

But if you happen to visit Buñol on the last Wednesday of August, don’t wear your finest. You will notice that the population has tripled in size, the bulk of these tens of thousands have amassed along a few narrow streets, and they’re all engaged in a peculiar activity: throwing tomatoes.

Over a hundred TONS of tomatoes.

We wish we could say La Tomatina originates from an ancient pagan fertility rite, but it’s only 60 or so years old. Stories of the festival’s origin vary. Combining them would sound like this:

During a Gigantes y Cabezudos festival (the kind with the really big heads as featured in Borat) some rowdy spectators attempted to become participants, knocking over a big-head-carrying procession member in the process. A scuffled ensued among the hot-tempered youths.

Now, the people of Buñol had always enjoyed throwing things at each other. And fortunately for posterity, a truck or cartload of tomatoes had overturned just prior this auspicious occasion, providing the feuding parties with the perfect ammunition.

The following year authorities hoped to stem a repeat of the disaster, but the veterans of the previous year had some unfinished business to attend to.

The activity was first sanctioned by Town Hall in 1950. It was permitted and prohibited intermittently over the next few years. It got out of hand in 1956, townspeople got hurt, and it was canceled the following year. Some folks held a Tomatina Funeral instead. The festival was brought back by popular demand in 1959–but with regulations*–and they’ve been throwing tomatoes ever since.

Yes, La Tomatina started out as a Buñol style gang war. Perhaps in the States, if we armed our inner-city youths with tomatoes (in LA, avocados) we would attract tourists instead of violence.

As it is, in Buñol tens of thousands of tourists flock to La Tomatina each year. The festivities begin with the scaling of the “soap pole”. A ham is stuck atop a tall greased pole, and the tomato throwing can’t begin until a brave crowd member retrieves it.

*If you go, it’s considered proper Tomatina etiquette to squish your tomato before hurling it. Don’t bring bottles or anything that could cause injury, and be careful not to rip other people’s clothes. And it doesn’t matter if you’re wearing red or not. You will be. 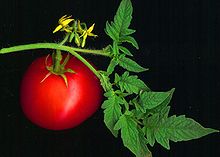 WARNING: NOT FOR THE TOMATO-PHOBIC!

“Our red tornado became an inexorable hurricane. It was becoming difficult to stand upright in so much slush and with so many wet missiles impacting from every possible direction. We blotted out the sun and sky…I had become one vast squelching mound of pulped tomato…

What To Do With Your Extra Tomatoes

All right you cucurbitaceans, you’ve waited all year for this!

Today, the second Sunday of August, the country of Turkmenistan celebrates, not independence, not victory or freedom or liberty, but the glorious, almighty melon.

Now, I know what you’re thinking. “Melon Day? Shouldn’t we honor the melon, the noblest of fruits, every day?”

Yes we should. But in Turkmenistan they have taken melon worship to a new level, dedicating one of the country’s 19 national holidays to the fruit.

“All Turkmens celebrate this holiday. The Turkmen melon is the source of our pride, its taste has no equal in the world, the smell makes your head spin,” proclaimed Turkmenistan’s former leader, the late President Niyazov, who created the holiday in 1994.

Turkmenistan grows over 200 types of melon, ranging in size from a potato-sized melon to 18kg monsters. The national melon is the muskmelon.

So celebrate Melon Day by partaking in one of your favorite muskmelon recipes and don’t miss this clip of the Melon Day festivities!

Whether the knife falls on the mellon or the melon on the knife, the melon suffers.

Many wagon-loads of enormous water-melons were brought to market every day, and I was sure to see groups of men, women, and children seated on the pavement round the spot where they were sold, sucking in prodigious quantites of this water fruit. Their manner of devouring them is extremely unpleasant; the huge fruit is cut into half a dozen sections, of about a foot long, and then, dripping as it is with water, applied to the mouth, from either side of which pour copious streams of the fluid, while, ever and anon, a mouthful of the hard black seeds are shot out in all directions, to the great annoyance of all within reach. When I first tasted this fruit I thought it very vile stuff indeed, but before the end of the season we all learned to like it.