Tynwald is the legislative body of the Isle of Man, located between England and Ireland in the Irish Sea. Founded in 979 AD, Tynwald is said to be the oldest continuously active parliament in the world. It is descended from the Norse thing–the Parliamentary body developed by the Vikings. Vikings settled on the previously island beginning in the eighth and ninth centuries, but the island maintained much of its Celtic heritage.

On Tynwald Day, the island’s national holiday, the parliament meets in an open air ceremony presided over by the Lieutenant Governor or the Lord of Mann. The British monarch is the official head of state (since Charlotte Murray, 8th Baroness Strange, sold the sovereignty of the Isle for £70,000 in 1765) but the Isle of Man is not a part of the United Kingdom. As Lord of Mann, Queen Elizabeth presided over Tynwald’s 1000th anniversary session in July 1979.

Tynwald Day originally fell on Midsummer’s Day, June 24, in the Julian calendar. When the Isle of Man switched to the Gregorian calendar, they lost 11 days, but continued to celebrate its national day on June 24 Julian (July 5 Gregorian). As is the case this year, Tynwald Day is held the following Monday if the 5th falls on a weekend.

According to legend, the Isle of Man was once ruled by a Celtic sea god named Manannan, who would shroud the isle in his misty cloak to protect it from invaders. Residents paid tribute to the sea god in the form of bundles “of course meadow grass yearly, and that, as their yearly tax, they paid to him each midsummer eve.” —Mannanan Beg Mac y Leirr

Today the bundling of reeds is still a part of the Tynwald Day festivities. 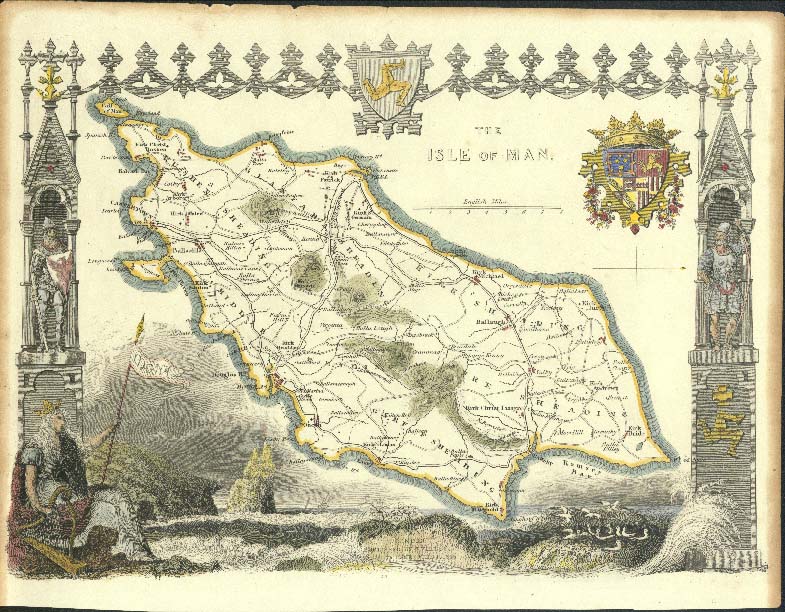 “The eyes of the world are upon you.”

from General Dwight D. Eisenhower’s statement to the soldiers, sailors, and airmen of the Allied Expeditionary Force, June 1944

June 6 marks the anniversary of the 1944 Allied invasion of Normandy that precipitated the long and brutal campaign to liberate Western Europe from Nazi power.

The invasion, also known as Operation Overlord, involved the landing of approximately 160,000 Allied troops, including U.S., U.K, Free French, Canadian, and Australian forces, in a single day along the heavily fortified Normandy coast. The day was scheduled to be June 5, but unfavorable weather conditions forced the landing back a day.

“In fact, it does not stand for anything. The ‘D’ is derived from the word ‘Day.’ ‘D-Day’ means the day on which a military operation begins.”

Operation Overlord referred to the entire operation from the initial assault on June 6 to the crossing of the River Seine on August 19. Operation Neptune referred the beginning of the invasion, covering the assault on the beaches, and ended on June 30.

Then there was the lesser known “Operation Fortitude”. Operation Fortitude entailed a massive invasion through the narrowest point in the English Channel by the “First US Army Group” led by General George S. Patton.

Operation Fortitude was, needless to say, entirely made-up. A fictitious assault created to mislead the Germans into thinking the invasion would occur at another location. Secrecy was essential as the Germans had 55 divisions at their command in France, and the Allies could only land a maximum of 8 at any one time. Keeping the world’s largest invasion a secret was a feat almost as remarkable as the invasion itself. It required the Allies win complete dominance over UK airspace—Allied air forces suffered tremendous losses in the two months before the invasion in order to make this so. It required the UK to ferret out all German spies within their ranks and region and to force known spies to send misinformation back home.

The deception went so far as to set up a fake base for the “First U.S. Army Group” in England opposite the suspected landing site, complete giant rubber tanks, cardboard weapons, a paper mache oil pump, and scripted radio chatter.

General Patton was an obvious choice for the fictitious assault. The Germans assumed Patton—one of the U.S. most capable generals—could lead such an operation. However, Patton had been disciplined for a “slapping” incident, something the Germans found difficult to believe was true. (It was.)

“Fortitude succeeded beyond anyone’s wildest dreams. Long after June 6th, Hitler remained convinced that the Normandy Landings were a diversionary tactic to induce him to move his troops away from the Pas-de-Calais…He therefore kept his best units in readiness there, until the end of July…”

Within five days, over 325,000 troops had landed in Normandy.

“These men came here — British and our allies, and Americans — to storm these beaches for one purpose only, not to gain anything for ourselves, not to fulfill any ambitions that America had for conquest, but just to preserve freedom… Many thousands of men have died for such ideals as these… but these young boys… were cut off in their prime… I devoutly hope that we will never again have to see such scenes as these. I think and hope, and pray, that humanity will have learned… we must find some way… to gain an eternal peace for this world.”

65th Anniversary of D-Day on the Normandy Beaches

The legend of St. George has been heralded around the world ever since the publication of The Golden Legend, a compilation of the lives of saints, which took for fact the mythic tale of St. George and the Dragon.

All that we really know for sure about St. George is that he was a soldier in the Roman army at the end of the third century AD, he was apparently of noble birth, of Christian parentage, and he was executed on the orders of Diocletian on April 23 in the year 303 in Palestine.

It is believed the reason for his execution was his protestation of the persecution of Christians. Fifth century documents indicate that he was imprisoned, tortured–in an effort to force a renunciation of Christianity–and beheaded when torture proved ineffective.

Much that we previously thought to be fact about George may have been the result of confusing him with other Georges. His birth in Turkey in 270 may have actually been that of George, Bishop of Cappadocia who lived around the same time.

Before he was the patron saint of England, George was already the patron saint of soldiers, rumored to have been seen fighting alongside Crusader forces in the Battle of Antioch in 1098. Richard I later declared his Crusading army to be under the protection of St. George’s watchful eye.

As for the dragon, the legend was spread by the 13th century’s The Golden Legend, which set the scene between George and the Dragon in Lybia. There a town is terrorized by a dragon who demands sheep to devour, and occasionally children, who are selected by lottery. (Note: April 23 is also Children’s Day)

George slays the dragon, frees the townsfolk, and wins the girl. The story may have been the result of the retelling of George’s defiance of Diocletian, symbolized as a satanic demon or dragon.

About the time of Golden Legend, St. George became the Patron of the Knights of the Garter, and later of all England.

Shakespeare coincidentally died on St. George’s Day, April 23, 1616. He reflected England’s faith in their patron hero when he scribed one of the most quoted speeches of his works, Henry V’s rallying cry to his soldiers before the Battle of Agincourt. The one that begins “Once more unto the breach” and climaxes with:

“…there is none of you so mean and base,
That hath not noble lustre in your eyes.
I see you stand like greyhounds in the slips,
Straining upon the start. The game’s afoot:
Follow your spirit, and upon this charge cry
‘God for Harry, England, and Saint George!”