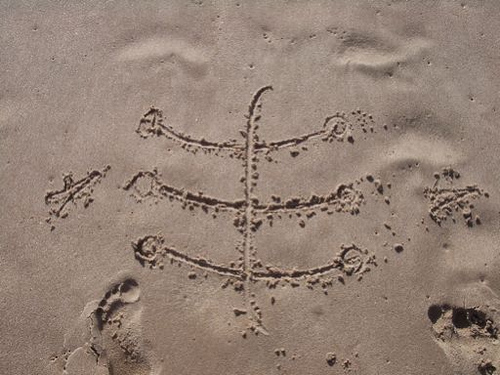 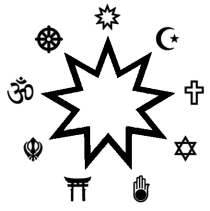 This holiday remembers neither a war, nor the death of a martyr, nor a seasonal change, nor a leader’s birthday nor any event commonly called upon as the origin of a holiday.

Today followers of the Bahai Faith celebrate a simple conversation between two men in a quiet house in Shiraz, Persia, on the evening of May 23, 1844.

The two men were Mulla Husayn and Siyyad Ali Muhammad, and the date is considered to be the foundation of the Bahai religion and the beginning of its ‘Badi’ calendar.

Mulla Husayn, was traveling through Persia with two companions. They had been informed by their teacher Siyyid Kazin just before he died that the Qa’im–the Promised One of Shi’a Islam–was about to make his presence known. Kazin ordered his students to set out and find this long-awaited Qa’im and with him the fulfillment of the prophecies of their sect.

Siyyid Kazin passed on to Mulla Husayn some indicators of the coming Qa’im. He would be of pure lineage, of noble descent (of Muhammad’s daughter Fatimah), of medium height and build, endowed with innate spiritual and philosophical knowledge, free from bodily deficiency, and he would be a non-smoker.

In addition Kazim offered specific tests of wisdom that would be posed to any claiming to be the Qa’im, and he further predicted that the true Qa’im, upon answering the preceding tests would immediately and of his own volition launch into the deepest and most revealing commentary of the Qur’an’s Sura of Yusuf (Joseph) the world had never known.

After traveling for many months, Mulla Husayn and his companions reached Shiraz in what is now Iran. Just before evening they separated with plans to meet up later that night.

On the streets of Shiraz, Mulla Husayn encountered a gentle young man with a soothing voice and a strange yet penetrating demeanor. The stranger introduced himself as Siyyad Ali Muhammad and invited Husayn back to his house. Despite Husayn’s protests that his friends were waiting for him, the young man assured him, “Commit them to the care of God, He will surely protect and watch over them.”

At the house the two men talked over tea. Husayn recalled:

His dignity and self-assurance silenced me. I renewed my ablutions and prepared for prayer…It was about an hour after sunset when my youthful Host began to converse with me: “Whom, after Siyyid Kazin, do you regard as his successor and your leader?” asked Siyyad Ali Muhammad.

Mulla Husayn replied: “At the hour of his death, our departed teacher insistently exhorted us to forsake our homes, to scatter far and wide, in quest of the promised Beloved.”

Husayn told the young man all the features Kazin predicted the the Qa’im would have, whereupon the young man replied, “Behold, all these signs are manifest in Me!”

Shocked at the man’s audacity, Husayn proceeded to grill the impostor with tests based on the teachings of his teacher Kazin and Kazin’s teacher Shaykh Ahmad.

“Within a few minutes He had, with characteristic vigour and charm, unravelled all its mysteries and resolved all its problems…He further expounded to me certain truths which could be found neither in the reported sayings of the Imams of the Faith, nor in the writings of Shaykh Ahmad and Siyyid Kazin.”

Finally, the moment of truth: Without provocation, the man took pen to paper and wrote, without hesitation, the first chapter in the beginning of what would be his great commentary on the Sirah of Joseph.

When Husayn accepted the veracity of the man’s claim, Siyyad Ali Muhammad announced the name he would be known as for the rest of his life and for generations after: the Báb, or “the Gate”.

See Martyrdom of the Báb