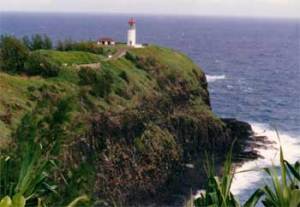 King Abdullah II of Jordan was not selected as Crown Prince until January 24, 1999, just two weeks before the death of his father. Previously the king’s brother had been heir apparent (and it was speculated that had the king lived longer, Abdullah’s younger half-brother would have been made heir). As it was, upon the king’s death from non-Hodgkin’s lymphoma, Adbullah became the king of Jordan on February 7, 1999. A separate enthronement ceremony was held on June 9 so that…

“future anniversaries of King Abdullah’s accession would not clash with events marking the death of his father.” — (Jordan Crowns New King, June 1999 — BBC.)

Jordan is known as the Hashemite Kingdom of Jordan. The Hashemites descend from Hashim ibn Abd Manaf, the great grandfather of the Prophet Muhammad, through the Prophet’s daughter Fatimah. Hashim means “cuts into pieces. It sounds like a guy you wouldn’t want to mess with, but Hashim earned his nickname benevolently…

“when during a shortage of flour he prepared cakes and flour and gave a grand feast to the entire inhabitants of Makkah.”  (Muhammad… Mercy for the Worlds: Rehmatullil Alameen)

“We are the family of the prophet and we are the oldest tribe in the Arab world.” (Hussein CNN obit.)

King Abdullah II studied in England and the United States as well as Jordan. In fact he recently established King’s Academy in Jordan in the spirit of his alma mater, Massachusetts’ Deerfield Academy, even hiring the boarding school’s headmaster to lead it.

He served in several capacities in the Jordanian military, including as Commander of Special Operations, and had attained the rank of Major General when he assumed responsibilities as monarch.

Jordan’s geography and history places it in a unique place in Middle Eastern and Western diplomacy. Like his predecessor, King Abdullah has played a key role in the Palestinian-Israeli relations. In a recent speech commemorating the dual anniversaries of the Great Arab Revolt (Army Day) and his 1999 inauguration, the King responded to military personnel who criticized naturalization of Palestinians for fear doing so could weaken plans for a Palestinian state.

“You should be sure that we will not accept, under whatever circumstances, a solution for the Palestinian question at the expense of Jordan. Also, Jordan will not have any role in the West Bank. At the same time, we will not give up our historical role and duty in supporting our Palestinian brethren until they set up their independent state on their national soil.” — King Abdullah II

The West Bank was part of Jordan until the Six Day War in 1967. Over half of Jordan’s population are of Palestinian extraction, including the King’s wife, Queen Rania, who was born in Kuwait to Palestinian parents.

The King’s mother is Princess Muna al-Hussein, born Antoinette Gardiner in Suffolk, England. She met King Hussein on the set of Lawrence of Arabia and converted to Islam; the two were married from 1961 to 1971 and had four children.