On the anniversary of the murder of Raud the Strong in Norway, Panama’s Martyrs Day remembers a tragedy half a world away and a thousand years later. The oppressors this time? The good ol’ U.S. of A.*

On January 9th, 1964 two-hundred Panamanian high school students marched to Balboa High School in the U.S. Canal Zone to raise the Panamanian flag in what was expected to be a peaceful protest.

By the end of that day, twenty-two Panamanians lay dead, and the city was in chaos.

Tensions had increased over the early 1960’s between Panamanians and “Zonians,” the term used to refer to the highly patriotic group of U.S. citizens and supporters residing in the Canal Zone. The clash of identities and national pride was symbolized by an ongoing debate about flying the US and Panamanian flags at public institutions within the Canal Zone.

“In 1960, after a series of riots in Panama, President Eisenhower ordered that Panama’s flag should fly side by side with the Stars and Stripes at the U.S. Canal Zone building.”Life Magazine

Other sources point out it was actually Kennedy’s decision to fly the Panamanian flag with the U.S. flag throughout the Canal Zone. However, this policy had not been carried out at the time of Kennedy’s assassination in November 1963.

The patriotism of the Zonians was fueled by the recent assassination and by a Molotov cocktail attack on the U.S. Embassy in Panama City the month before.

On January 7th Zonian students at Balboa High School in the Canal Zone protested this compromise by raising the U.S. flag at the school. Officials took down the flag, but the students walked out of class to raise it again and posted their own guards to prevent its removal.

On January 9th a group of 150-200 students from the Panamanian Instituto Nacional (high school) marched from Panama proper to Balboa High to raise a Panamanian flag in protest.

The were met by a large crowd of Zonian students, adults, and police at the high school. The situation worsened as the Zonian students refused to allow the Panamanians access to the flag pole and sang the

An altercation between Panamians and Zonians broke out in which the Panamanian flag was torn. This particular flag had a historical significance; it had been used in 1947 to protest the Filos-Hines Treaty. 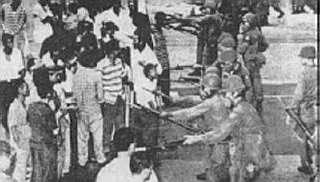 “As word of the Balboa flag desecration incident spread, angry crowds formed along the border between Panama City and the Canal Zone. At several points demonstrators stormed into the zone, planting Panamanian flags. Canal Zone police tear gassed them. Rocks were thrown, causing minor injuries to several of the cops. The police opened fire.” — Eric Jackson

The first person killed was Ascanio Arosemena, a 20 year-old college student, who had not participated in the demonstrated, but was on his way to a movie when he came upon the scene. A photo (below) shows him helping to evacuate an injured student moments before he was shot in the back.

Angry Panamanians demonstrators set fire to Canal Zone cars, shops, and buildings, tore down sections of the “fence of shame” separating the Canal Zone, and used Molotov cocktails on the house of the US District Judge. Police initially used tear gas to stop the crowds. Then bullets.

When the onslaught was over, 22 Panamanians lay dead. Six of the them had been trapped when the American Airlines building was set on fire. One victim was an 18 month-old baby girl killed by excessive tear gas. Hundreds were wounded.

U.S. Army officials insisted bullets were never directly fired into the crowd, but one source says claims the military expended 450 .30 caliber rifle rounds, close to a thousand rounds of birdshot, and over 7,000 tear gas canisters.

By 8pm the pandemonium had spread throughout the country including the city of Colon, where riots broke out and three U.S. soldiers were killed.

Panama broke off relations with the United States, and the U.S. action and policy toward Panama was multi-laterally condemned by France, Great Britain, the Soviet Union and China. The tragedy of January 9, 1964 had long-lasting repercussions which paved the way for the 1977 treaty that transfered the Canal Zone to Panama in 1999. 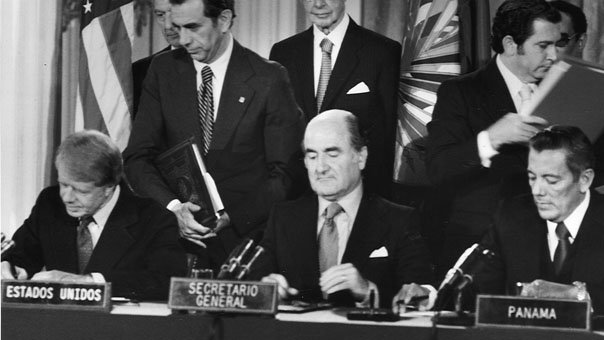 [Another factor that fueled the conflict: President Lyndon Johnson’s notion that Communist agents were inciting the unrest in Panama–as opposed to it being an authentic expression of anger against U.S. policy in the region. Members of Panama’s leftist party were indeed involved in demonstrations, but not in the mayhem that followed.]

It seems remarkable and tragic that a debate over a flag would, within hours lead to a confrontation so bloody.

But such devotion to the symbolic value of a nation’s flag is echoed in the national anthems of countries across the world. The United States’ own national anthem doesn’t ask about democracy, peace, the President, free markets, or American government. It simply asks “…does that star-spangled banner yet wave…O’er the land of the free and the home of the brave?”

Eric Jackson’s The Martyrs of 1964

The History of Panama by Robert C. Harding

The History of Panama (Google preview) 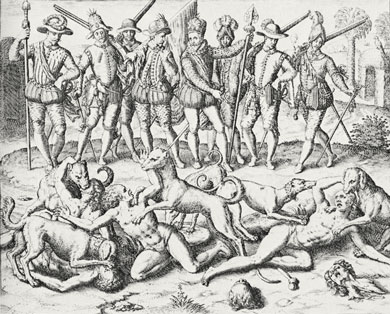