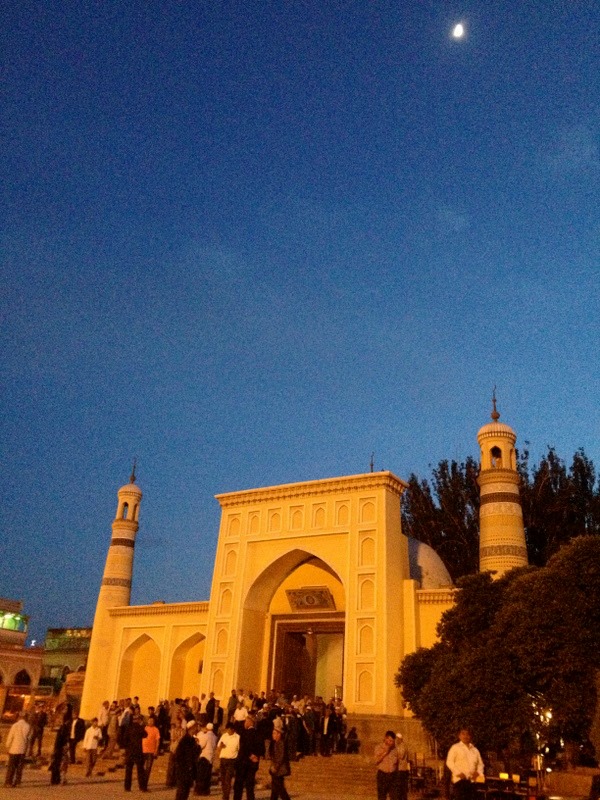 This week an estimated 9 million people gathered in the city of Karbala to remember the death of Imam Hussein, grandson of the Prophet Muhammad and one of the holiest figures of Islam since its founder.

Forty days ago Shiite Muslims began a period of remembrance for the third Imam, who was killed in the Battle of Karbala in 680 CE.

After being released from captivity, surviving followers of Imam Hussein

“headed towards Karbala so that they could revisit the graves of their loved ones and bury the heads of the Martyrs with the bodies. They arrived at the site of the graves and the battle of Karbala on the twentieth of Safar, or forty days after the martyrdom of Imam Hussein and his followers.”
http://www.shirazi.org.uk/ashura.htm

Arba’een means 40. It’s a sacred length of time in Islam.

The Qu’ran recalls the story Moses (Musa) and his forty nights away from the people to hear the word of God. [2:51]  Muhammad said,

“Whoever dedicates himself to God for forty days, will find springs of wisdom sprout out of his heart and flow on his tongue.”

The holiday this year appears to be remarkably free of violence, considering the 9 million visitors that streamed from all parts of the country. In 2004 simultaneous bombings targeted pilgrims observing Arba’een; the attacks killed 170.

“I came to Karbala with my family and children after walking for 12 days,” says one pilgrim from Basra, “We were not afraid of terrorists…We have been taking risks and if we die we will be martyrs.”

Karbala Crowded With 9 Million Pilgrims
Why 40 Days of Mourning Arbaeen of Iman Hussein?