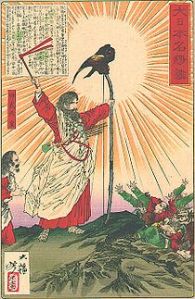 It’s hard to say what’s the oldest country in the world is, but the winner might be Japan twice over.

First, with an average lifespan of over 80 years Japan has one of, if not the, world’s oldest population. 25% of the population is over 60 (as opposed to 17% in the U.S.).  So, along with Andorra, Japan is one of the top two “oldest” countries in the world in that respect.

In terms of the oldest sovereign nation without major border changes, many people cite the tiny country of San Marino, which declared itself a constitutional republic in 301 AD. Founded by a Christian stonemason (Marinus of Rab) fleeing persecution, San Marino lies entirely within Italy.

But a thousand years before Marinus the Mason drew his first breath, Emperor Jinmu (also Jimmu) founded the nation of Japan, making it the oldest nation in the world by many accounts.

How much of Jinmu’s story is true and how much is legend will never be known. His name means “divine warrior” and for millennia the Japanese believe Jinmu descended from the Sun Goddess through her “Heavenly Grandchild”. The Sun Goddess dispatched her Grandson to Earth with the imperative:

“This Reed-plain-1500-autumns-fair-rice-ear Land is the region which my descendants shall be lords of. Do thou, my August Grandchild, proceed thither and govern it. Go! and may prosperity attend thy dynasty, and may it, like Heaven and Earth, endure forever.”

Japanese schoolchildren learned the above declaration by heart right up through World War II.

During Japan’s modernization in the 1870’s, the Meija government (Meija means “enlightened rule”) switched the country over to the solar calendar, and calculated the date of the founding as February 11, 660 BC. Kenkoku Kinen no hi (National Foundation Day) celebrated the country’s unification 2500 years earlier and the divinity of the Emperor.

During the American Occupation, celebration of Kenkoku Kinen no hi was banned because of its glorification of the Emperor. However the ceremonies were brought back by popular demand in 1966 and carry on strong today.

Though the Japanese may no longer believe the Emperor’s blood descends from the Sun, even to this day the red sun shines front and center as the proud symbol of the Japanese flag. 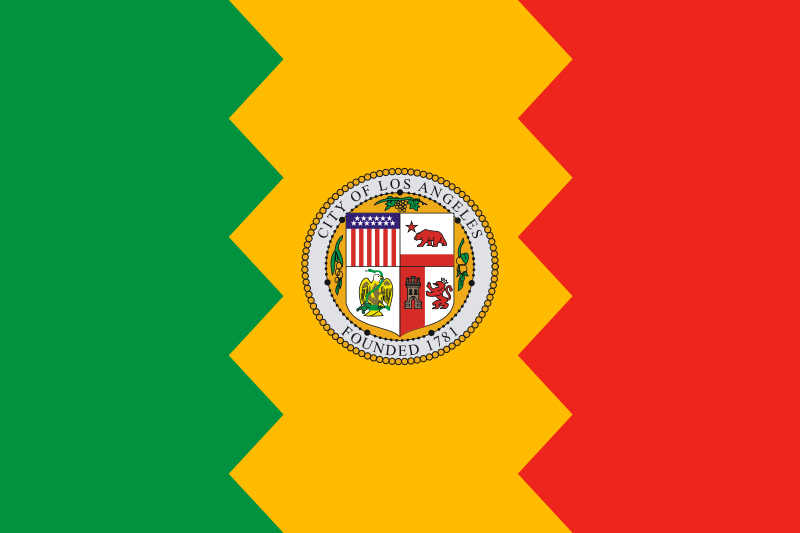 Every year on September 4 (or the weekend closest to) approximately 200 Angelinos, known as the Pobladores recreate a nine-mile walk from San Gabriel to downtown Los Angeles, California, originally taken on this day in 1781. The Pobladores are descendants of the original permanent settlers of Los Angeles, eleven families and four Spanish soldiers who journeyed from Northern Mexico to what is now Los Angeles.

The final leg of the journey ran from the San Gabriel Mission to near what is now Olvera Street.

Actually the original settlement was right on the banks of the Los Angeles River, then called the Rio de Nuestra Senora, Santa Maria, Reyna de los Angeles de Porciuncula. (Our Lady Santa Maria, Queen of the Angels of Porcuicula River.) It had been so named on July 31, 1769 by a Spanish expedition led by Gaspar de Portola.

The natives gave the settlers funny looks in 1781, for building their pueblo right on the river, and come the rainy season the settlers found out why. Their little settlement was flooded out, and they rebuilt the Pueblo further away from the river, where it still stands today.

Fortunately for posterity, the name “El Pueblo de Nuestra Senora Reyna de los Angeles” has been shortened to just Los Angeles. And for those for whom that’s too much a mouthful, it’s simply L.A.

The Pobladores were a mixed-race group, with over half claiming black and Native American blood. Each year, Angelinos watch and join the descendants of the Pobladores as they retrace the steps of the ancestors on the nine-mile walk.

The 44-person pueblo has grown into a city of 4 million, with over 12 million in the metropolitan area. L.A. is the only city outside Europe to have hosted the Olympics twice. L.A. has four major airports, one of which is the 5th busiest in the world. In the late 19th century, Los Angeles was a fairly sleepy city. Settlers began arriving from all parts of the country, attracted first by the region’s agricultural advantages, and in the 20th century by its aviation and film industries. All of these benefited from Southern California’s famous year-round sunshine.

The city in the desert survives largely because of water imported from the Owens Valley. The Los Angeles Department of Water and Power is the largest municipal utility in the U.S.

The Los Angeles neighborhood known as Hollywood (there is a movement to make it its own city) is largely responsible spreading Southern California culture across the world.