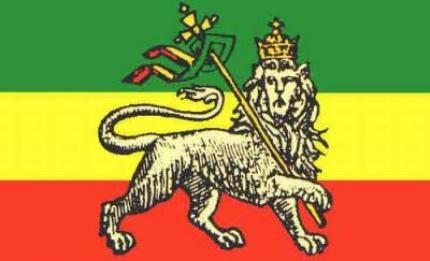 “I don’t have prejudice against myself. My father was a white and my mother was black…Me don’t dip on the black man’s side nor the white man’s side. Me dip on God’s side, the one who create me and cause me to come from black and white.”     – Bob Marley

There’s a scene in L’auberge espagnole where the main character witnesses a guitar-playing American woo a European girl with his very white rendition of “No Woman, No Cry.”

Strange how this song, co-written and immortalized by a Jamaican man about the ghetto of Kingston, would become an unofficial anthem for North Americans backpacking through Europe, to the point of cliché.

There’s a beauty that shines through Bob Marley’s music, despite the many impediments of the artists and tourists who try to duplicate his magic.

Officially, Marley shares credit for “No Woman, No Cry” with his old friend Vincent ‘Tartar’ Ford, a “bredda from Trenchtown.” Ford was a paraplegic who ran the soup kitchen in Kingston where Marley once lived and played. How much Ford actually contributed to writing the song, we don’t know. Marley once said he wrote the song while he was tuning his guitar in Ford’s yard; it’s been argued (in litigation) that Marley simply wanted to avoid contractual obligations by crediting songs to his friends and the Wailers. In this case, he wanted to send royalties the way of Ford and his kitchen.[Reggae Routes]

Of course, the creative process is never as clean-cut as litigators and music executives would like.

“That song may very well have been a conversation that they had sitting around one night. That’s the way Bob’s creativity worked. In the end it didn’t matter. The point is Bob wanted him to have the money.” – NY Times, 1/4/09

Vincent ‘Tata’ Ford outlived his ‘bredda’ by over a quarter century. He lived to see Marley grow from being a music sensation to an international movement. Marley now has a greater following than even the man whom he, like other Rastafarians, revered as a prophet, the Lion of Judah: Emperor Haile Selassie I.

We’ll never know just how much Ford contributed to one of the world’s most famous songs. The 68 year-old former soup kitchen manager died five weeks ago, on December 28, 2008, in Kingston, Jamaica, from complications related to diabetes.

Good friends we have, oh, good friends weve lost
Along the way.
In this great future, you cant forget your past
So dry your tears, I seh.

February 6 is Robert Nesta Marley’s birthday, and a national holiday in his homeland of Jamaica.