June 15 is Fly a Kite Day (or Go Fly a Kite Day), ostensibly honoring the anniversary of Benjamin Franklin’s famous electricity experiment in 1752.

However, Franklin never specified the date of the experiment. Written records reveal that he only narrowed down the timeframe to a month (June 1752) a full fourteen years after the fact. Strange circumstances like these have led some historians to cast doubts as to the veracity of the entire experiment.

In Bolt of Fate: Benjamin Franklin and His Electric Kite Hoax, Tom Tucker points out that the main evidence we have of the experiment, besides Franklin’s recollection 14 years later, is a single article he wrote about it for the Pennsylvania Gazette in October 1752 (and later published in Philosophical Transactions). The article leaves out several pertinent details, such as dates, witnesses, and oh yes, whether or not Franklin performed the experiment at all.

The article is written as sort of a “how-to” description. It contains details of how to construct a kite out of silk instead of paper, attach the key, and so on. But it never actually goes so far as to say the author actually carried out this task to its full extent. But the article does encourage the reader to go out and try an experiment that is more than likely to kill him. Whether Franklin realized this and this was just part of his conniving sense of humor is unknown.

Tucker argues that Franklin later chose June as the month of the experiment had occurred because French scientists had been conducting similar experiments on electricity across the Atlantic in May of 1752. It would have taken 6 weeks for such news to reach Franklin. Thus, in June his experiment would have still been an inspiration from God, as Franklin’s biographers insisted. Whereas in July it would have just been a copy.

Not all historians agree with Tucker’s hypothesis. Franklin is generally credited with proving that lightning is a form of electricity through a kite experiment so simple that it swept the rug out from more advanced scientists on the other side of the Atlantic.

Either way, don’t try it at home! 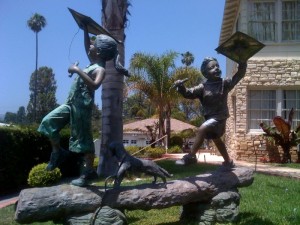