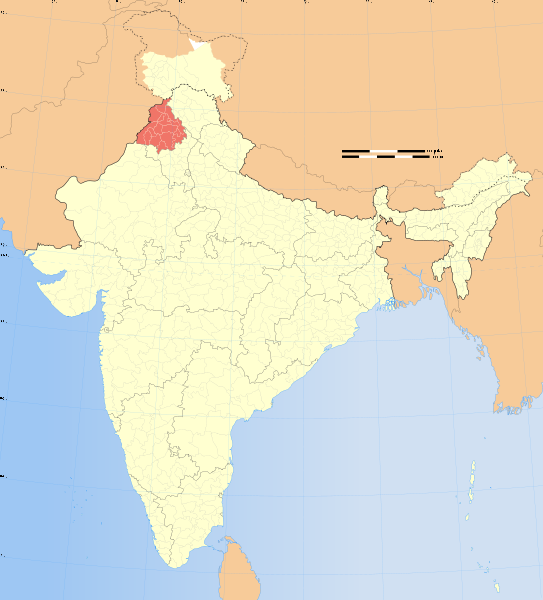 In Punjab, January marks a lull in the winter wheat harvest. Farmers plant wheat in October and harvest the crops in March or April. By January the wheat has sprung up and farmers rejoice in anticipation of a bountiful harvest.

In the morning on Lohri day, children go from door to door singing and demanding the Lohri ‘loot’ in the form of money and eatables like til (sesame) seeds, peanuts, jaggery, or sweets like gajak, rewri, etc. — hinduism.about.com

In the evening people dance around the bonfires, throwing in til, puffed rice, and popcorn into the fire, praying for prosperity and abundance in the coming season, and singing traditional songs:

Who do you have?
The groom with the tandoor
The groom’s daughter got married,
He gave 1 kg sugar!
The girl is wearing a red suit!
But her shawl is torn!
Who will stitch her shawl?!
The uncle made choori!
The landlords ate it!
He made the landlords eat a lot!
Lots of innocent guys came,
Innocent boy got left behind.
The police arrested him!
The policeman hit him with a brick!
Cry or howl!
Give us lohri…long live your jodi!”

Yes, something’s lost in translation. [But imagine what Indians would make of “Hey Diddle Diddle!”] This folk song, sometimes called “Ho’s in the Chorus,” (The word “ho!” is sung after each lyric.) harkens back to the legend of Dulla Bhatti.

Dulla Bhatti was a Muslim “Robin Hood” figure who fought against the Mughal Empire in Punjab, in what’s now the northeast of India. In addition to distributing his loot among the poor, Dulla was famous for rescuing boys and girls who had been sold into slavery or inducted into the Mughal army. Dulla adopted girls who had been kidnapped (“her shawl is torn“) as his daughters, restored their reputations (The lyric “The uncle made choori…He made the landlords eat a lot” refers to the uncle’s responsibility to vouch for a niece’s virginity) and married them off with hefty dowries. (“The groom’s daughter got married; he gave a measure of sugar.“)

Dulla Bhatti was eventually captured and hanged at the emperor’s court in Delhi. But his legend lives on during the Lohri celebration across Northern and Western India.
Lohri is among other things a fertility rite, marking the coming of spring. That may explain why the first Lohri of a newlywed bride is especially auspicious in Punjab. New brides are the center of festivities, dressed immaculately with bangles running up and down their arms; they can expect to be pampered today, as are the mothers of newborn babies experiencing their first Lohri.

Lohri ushers in a host of mid-January celebrations across India, known in various regions as Makar Sankranti, Pongal, and Maghi.