Mardi Gras, as I’m sure you’re well aware, is first and foremost a devout religious ceremony, marking the last day in the Catholic liturgical calendar that observing Christians can wear beads, eat pancakes and show their boobs. 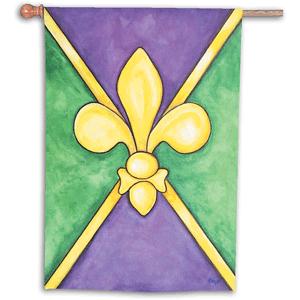 “Fat Tuesday” (or to the AMA: “Obese Tuesday”) marks the finale of the carnival season. The whole carnival season itself is called, surprisingly, “Carnival,” which spans from Twelfth Night (Epiphany) until the day before Ash Wednesday.

This year’s Mardi Gras is the earliest Mardi Gras in 25 years. But if you’re worried about the abbreviated Carnival season, fear not. The next time Fat Tuesday will fall as early as February 5 is 2160.

What’s changed about Carnival since Katrina? Not the popularity. After Katrina, visitors had dropped from 1 million to 360,000 in 2006. That number skyrocketed to 800,000 in 2007, and crowds this year are estimated to have surpassed the one million mark.

What else has increased? According to locals, the violence. As of Monday there were 5 shootings that injured 9 people, including one incident where a bullet fired in a scuffle outside the Holiday Inn Express pierced the wall of the hotel and struck a bystander in the head.

This year was celebrated as the 40th anniversary of Bacchus, the original “superkrewe.” Superkrewes like Bacchus and Endymion are credited with changing the face of Carnival, starting in the late 1960s. They invited international celebrities as guests of honor to the parades; they introduced larger, more extravagant floats and unprecedented amounts of booty–the bead and throw kind, not the Girls Gone Wild.

The increase in the size of the Krewes (Endymion alone has 2000 riders, 39 floats and 27 marching bands) and the celebration allowed out-of-towners more participation at Carnival. Still, long-time Orleanians note that the new larger scope of Carnival has compromised the communal feel the celebration once held.

Each year krewes select a king and queen for their parade and ball. Tradition dictates that the king is an older, distinguished member of the social club. A group of eligible young women are served a special King Cake with one bean (or plastic baby) baked inside. She who finds the lucky bean in her cake becomes the new Queen, provided she hasn’t choked to death.

Mardi Gras and Carnival’s roots go back to the spring festivals of ancient Greece and Rome, notably Lupercalia, which took place in February.

“Carnival” means “farewell to the flesh.” A great, succinct history of Carnival’s evolution is at:

A Brief History of Mardi Gras