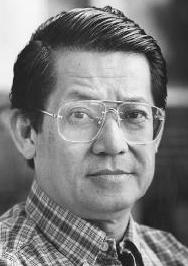 “The greatest president we never had”

Twenty-seven years ago today a shot rang out in a Manila airport.

Returning to the Philippines after three years in exile, Benigno Aquino, leader of the Liberal Party and the most vocal opponent of President Ferdinand Marcos, was struck dead by an assassin’s bullet.

Twelve years to the day prior to his death, Aquino had escaped another attack. He was not present at a Liberal Party rally where two fragmentation grenades were thrown on stage, killing 9 and injuring almost 100 Liberal Party members and supporters. In response to the bombing, President Marcos suspended habeas corpus and arrested scores of Maoists.

The following year he declared martial law, and had Aquino, his #1 opponent, arrested. Although no evidence connected Aquino to the crime, a military tribunal found Aquino guilty and sentenced him to death by firing squad. The sentence was later mitigated, but Aqunio remained in prison for seven years. In jail Aquino suffered a heart attack and was granted leave to receive surgery in the United States.

Aquino and his wife Corazon did not return to the Philippines for 3 years. In that time both were active speakers against the Marcos government, which had amended the Constitution in the 1970s and 80s to extend martial law, increase the scope of Marcos’s power and the length of his term.

Benigno Aquino returned to Manila on August 21, 1983, knowing full well the many dangers that awaited him. Below is the beginning of the address he was set to give upon his return.

“I have returned on my free will to join the ranks of those struggling to resolve our rights and freedoms through non-violence. I seek no confrontation. I only pray and will strive for a genuine national reconciliation founded on justice. I am prepared for the worst, and have decided against the advice of my mother, my spiritual adviser, many of my tested friends, and a few of my most valued political mentors.

“A death sentence awaits me. Two more subversion charges, both calling for death penalties, have been filed since I left three years ago and are pending with the courts. I could have opted to seek political asylum in America, but I feel it is my duty, as it is the duty of every Filipino, to suffer with his people especially in time of crisis.

“I never sought nor have I been given any assurances or promise of leniency by the regime. I return voluntarily, armed only with a clear conscience and fortified in the faith that in the end, justice will emerge triumphant.”

Aquino never had a chance to deliver the speech. He was assassinated “by a lone gunman” according to the government, the moment he stepped off the airplane.

He was reportedly called “The Greatest President we never had,” by Liberal Party leader Jovito Salonga.

There was never proved any direct evidence linking Marcos to the assassination, but it sparked widespread discontent with the Marcos administration. In November 1985 Marcos announced Presidential elections to take place in February. Benigno Aquino’s widow Corazon ran against Marcos. The Marcos government claimed to have won the election, but accusations of extreme voter fraud and massive public demonstrations against his rule combined with military opposition and U.S. pressure forced Marcos to resign on February 25, 1986.

Beningo Aquino’s widow Corazon Aquino became the first female President of the Philippines. She passed away on August 1, 2009.