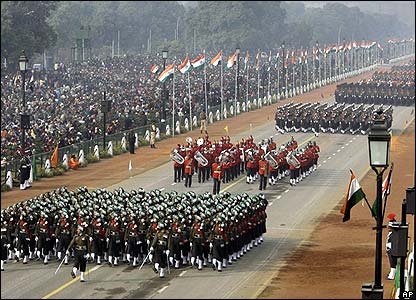 Today is Republic Day in India.

Although India gained independence from Britain in 1947, the Constitution was officially adopted on January 26, 1950, marking the Republic of India as a sovereign nation with complete autonomy.

The date January 26th was chosen in remembrance of “Poorna Swaraj Diwas,” when the Indian National Congress declared independence on January 26, 1930.

The Republic Day parade in New Dehli is a combination of cultural pride and military strength, symbolized by three fighter jets that fly over the ceremony each year.

Republic Day is for all Indians, regardless of religion or region. Still, sectarian tensions are high on Republic Day and security is heightened throughout the country.