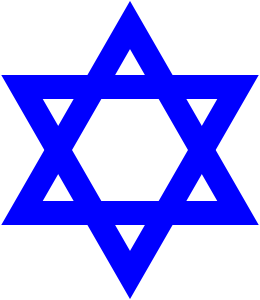 It’s New Year’s in the Jewish calendar, but you won’t hear Jews counting down to midnight, or dropping a big sparkly ball from the Western Wall.

For one, the Jewish day—and thus all Jewish holidays—begin at sundown the night before. Second, Rosh Hashanah is not so much a time of celebration as a time of reflection and repentance.

Despite its name, “Head of the Year”, Rosh Hashanah actually marks the beginning of the seventh month of the Hebrew calendar. The first month is known as Nisan, which falls in the spring.

1. In Winter, Tu B’Shevat is the New Year of Trees, originally the day farmers took inventory of trees for tax purposes.

2. In Spring, Jews welcome Nisan as the “first” month of the year, as God commanded Moses in the Jewish holy book, the Torah.

“This month hall be considered by you as the First of the Months; it is the First for you of the months of the year.” — Exodus 12:2

3. In Summer, Rosh Chodesh Elul is the New Year of Animals, during which animals and property were counted.

4. Yet, it’s in the Fall that the big New Year is celebrated. According to Jewish tradition, Rosh Hashanah marks the sixth day after creation, the birthday of humanity. Thus, the beginning of the relationship between God and man.

Just as Tu B’Shevat and Rosh Chodesh Elul call for an inventory of property, Rosh Hashanah requires an inventory of the soul. Some scriptures say it’s during this time that God sits upon a throne with a book entailing the deeds of each human life. Rosh Hashanah is the beginning of a ten-day period of introspection, collectively known as the High Holy Days, which culminates with the holiest day of the year, Yom Kippur.

During this time, practicing Jews attend special services at their local synagogue where Rosh Hashanah is marked with the blowing of a ram’s horn known as a shofar. Traditional Rosh Hashanah foods include apples and honey, previously collected this season, to symbolize sweetness in the coming year.

This year Rosh Hashanah marks the first day of the year 5771 in the Jewish calendar.