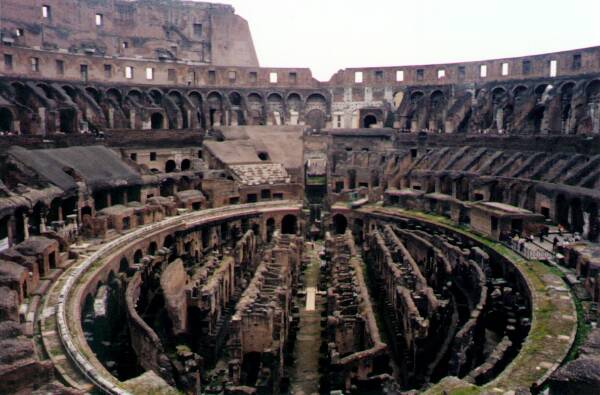 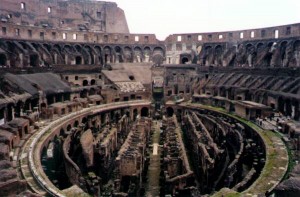 It may not be an official holiday, but today is one of the most spiritual days in American culture. For today, over 100 million Americans gather together and pray…that their team will win the Super Bowl.

The Super Bowl is of paramount importance to Americans, and one can tell, not only because of the vast media attention and commercialism that surround it, but because they apply Roman numerals to it., e.g., Super Bowl XLIII.

The location of the Super Bowl changes each year and is determined three to five years in advance. Unlike championships for basketball and baseball, the location has nothing to do with the teams involved. Though 2009’s contenders hail from Pittsburgh and Arizona, Super Bowl XLIII takes place in Tampa Bay, which is expected to see a $300 million boost to its economy because of the festivities. No team has ever played in the Super Bowl on its own turf.

Those spectators who aren’t among the 100,000 or so to attend the live festivities gather in small communal groups, usually in the home of whichever friend has the largest TV. [In previous years Super Bowl week has seen the purchase of 1.5 million TV sets, although that number may have gone down this year.]

There’s a reason they’re so expensive.  According to tampabaysuperbowl.com approximately 140 million Americans watched Super Bowl XLI, more than the number that went out to celebrate New Year’s Eve. The exact number is unknown, since many viewers watch in groups, but Neilson estimates that of the top ten primetime network telecasts since 2000, the Super Bowl has accounted for nine of them.

Super Bowl is also the U.S.’s second-highest food-consumption day of the year, right behind Thanksgiving.

Speaking of which, Reverend Matthew Lawrence, Rector of the Church of the Incarnation in Santa Rosa, has written a Super Bowl Confessional Prayer, in which he points out the similarities between the Super Bowl of today and the bloody “games” of the Roman Coliseum, where unruly pagan crowds once rooted for the slaughter of early Christians:

Most merciful God,
Forgive us for what we are about to do;

We acknowledge and bewail our mortal sins and weaknesses;
We are troubled by these dark comparisons:
the football stadium and the coliseum;
the fans and the pagan mobs;
the star athletes and the demigods;
the linebackers and the gladiators;
the cheerleaders and the furies;
the commentators and the chorus;
the corporations and the slave owners.

We can only hope that you see, as we do,
that this is only a game;
and that you haven’t lost your sense of humor.
Despite appearances to the contrary, our heart remains faithful to you.
Even as we glory in the spectacle of our football enemies
being pounded into the dust, we will strive to remember you.

God, be with those who will taste dirt this day.
Heal those who will be injured;
Console the losers with gratitude for the privilege of having played;
Ennoble the victors with gentle reminders of their mortality;
And show your favor toward all contestants
Who this day will shed their blood and break their bones
for our trivial sakes…