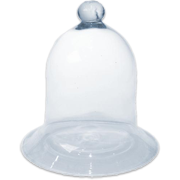 …I do not want much of a present, anyway, this year.
After all I am alive only by accident.
I would have killed myself gladly that time any possible way…

from A Birthday Present, Sylvia Plath, 1962

There’s nothing like the poetry of Sylvia Plath to brighten up a birthday celebration. Today, October 27, is Sylvia Plath Day in Northampton, Massachusetts, where Plath attended Smith College. She was born on this day in 1932, and died thirty years later, on February 11, 1963.

Plath lost her father at an early age. She suffered from depression and mental illness, which she described in her semi-autobiographical work, The Bell Jar. The Bell Jar details the mental and emotional journey of college student Esther Greenwood, who interns at a New York fashion magazine. (Think “The Devil Wears Prada” without the catchy soundtrack and more electroshock therapy.)

At age 23, Plath married English poet Ted Hughes. Plath taught at her alma mater Smith before moving to England with Hughes. Her first poetry collection was published in 1960.

Smith suffered a miscarriage, but the couple later had two children, Nicholas and Frieda. Plath and Hughes separated in late 1962.

The following February, a month after the publication of The Bell Jar, Plath placed her head in the oven as her two young children lay sleeping in the next room.

…Sweetly, sweetly I breathe in,
Filling my veins with invisibles, with the million
Probable motes that tick the years off my life…

from A Birthday Present

Nearly two decades after her death, Plath became the first poet to win a posthumous Pulitzer Prize, for “The Collected Poems” published in 1981.

“I think that in today’s Prozac world and with depression often being glamorized as an intrinsic sign of artistic greatness, the real tragic dimensions of the disease get lost in the fervor. Sylvia may have thought her children would be better without her, who knows? From her poems and her journals, her writing indicates that she certainly loved her children and to say that her act was reprehensible belies an understanding of depression, which is not merely a case of the blues. It is a disease that overwhelms even the immeasurable love bonding a parent to a child…

“I assume that Sylvia Plath day is intended to celebrate her life and her talent. As a poet and an academic achiever, she is worthy of admiration. Her suicide is not to be admired but to be lamented.”

One Reply to “Sylvia Plath Day”