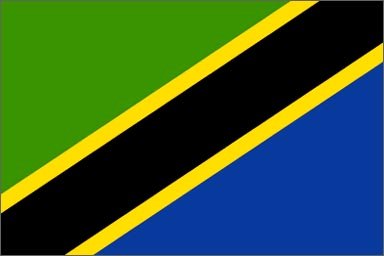 Chama Cha Mapinduzi is the name of the ruling party of Tanzania. It means Party of the Revolution in Swahili. The party came to be on February 5, 1977 after the merging of Tanzania’s two major parties under the leadership of Julius Nyerere.

Nyerere was born in 1922 just east of Lake Victoria in what was then Tanganyika. He herded sheep and “led a typical tribal life” in the village where his father was chief of a small tribe.

He began school at age 12 and studied to be a teacher at Makerere University in Uganda. After teaching for three years he received a  scholarship to the University of Edinburgh.

Upon returning to Africa he taught English, Swahili, and history in Dar es Salaam. He was elected president of the Tanganyika African Association, which he had helped to form as an undergraduate at Makerere.

Under his leadership TAA transformed into the Tanganyika African National Union (TANU) a political force dedicated to Tanganyikan independence. As his reputation grew colonial leaders pressured him to choose between teaching and politics. Though he chose the latter, his supporters would call him Mwalimu, or “teacher,” for the rest of his life.

He traveled to New York to speak to the United Nations on Tanganyikan independence on behalf of the TANU, which became the most powerful political coalition in the country. In the late 1950s, Tanganyika won independence and Nyerere was elected its first president.

As President Nyerere helped unite Zanzibar and Tanganyika, forming Tanzania. He was instrumental in combining the two parties of Tanganyika and Zanzibar to form the CCM, or Party of the Revolution

He was controversial for increasingly distancing himself and the country from Western and European governments and leaning more toward Communist China.

He introduced the concept of Ujamaa, or “familyhood,” as an economic movement, melding socialism with traditional tribal government. (Ujamaa is one of the seven values defining the holiday Kwanzaa in the U.S.

He stepped down from power in 1985, before it was cool for heads of state to voluntarily do so.

A few years before his death he gave an interview to Charlayne Hunter-Gault:

CHG: You mentioned the one-party rule in your country where you were president for four terms during which time you promoted the principle of “Ujamaa,” socialism, and you have acknowledged that it was a miserable failure…
NYERERE: Where did you get the idea that I thought “Ujamaa” was a miserable failure?
CHG: Well, I read that you said socialism was a failure…
NYERERE: A bunch of countries were in economic shambles at the end of the 70s. They are not socialists..You have to take in the values of socialism which we were trying to build in Tanzania in any society.
CHG: And those values are what?
NYERERE: And those values are values of justice, a respect for human beings, a development which is people-centered, development where you care about people. You can say ‘leave the development of a country to something called the market,’ which has no heart at all since capitalism is completely ruthless. Who is going to help the poor? And the majority of the people in our countries are poor. Who is going to stand for them? Not the market. So I’m not regretting that I tried to build a country based on those principles…Whether you call them socialism or not…what gave capitalism a human face was the kind of values I was trying to sell in my country.

He died of leukemia in 1999.
http://www.bungetz.org/nyerere.htm

One Reply to “Teacher by Choice, Politician by Accident”