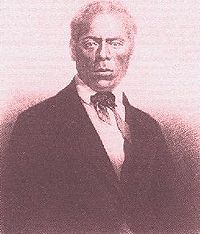 It would be hard to describe Tonga in a word, but you could do worse than  ‘exceptional’. Over the past two hundred years, the remote archipelago has stubbornly been the exception in the Pacific rather than the norm.

Though it was a British protectorate until 1970, Tonga is the only Pacific island nation never to have been formerly colonized. It’s the only nation in the region continuously governed by its indigenous population. And it’s the last Polynesian monarchy, making it one of only five members of the Commonwealth of Nations to have its own monarch.

Tonga is one of the smallest countries in the world, both in terms of area and population. At 747 sq. km, its landmass is roughly one-tenth the size of Los Angeles County and it has 1/100th the population.

Its life expectancy is 73–quite long for the region. And for our Moscow readers, the lowest temperature ever recorded in Tonga was 48 F/8.7 C.

That’s not to say Tonga is without problems. In addition to widespread poverty, public demands for reducing royal power have met stiff resistance. And its not hard to see why. Over the past two hundred years, Tonga’s monarchs have been the core force in maintaining its highly autonomous status and development.

Tonga has been inhabited since about 2500 BC. Oral history recalls the sovereign line dating back a thousand years. But there are no written records of Tongan history before Captain Cook’s landings in the 1770s. Cook called the place the “Friendly Islands” based on the population’s hospitality and his positive exchanges with the locals.

The first king of Tonga as we recognize it today was King George Tupou I. Tupou is believed to have been born in 1793. As a chieftain, he consolidated power over the disparate island groups.

“From a small, disputed inheritance in the Ha’apai group in 1820, his ambition to reunite Tonga after its civil wars which had begun in the 1780s led him first to the conquest of Ha’apai in 1826; he secured the inheritance of Vava’u in 1833, and the inheritance of the Tu’i Kanokupolu title which nominally gave him Tongatapu in 1845, and thus made him king of all Tonga.”

— The Alleged Imperialism of George Tupou I. Campbell, I.C. Journal of Pacific History

He had abolished serfdom in Vava’u—part of Tonga—back in the 1830s. In 1862 he took two more extraordinary steps. Not only did he create a parliamentary system of government, he also…

“…abolished the system of semi-serfdom that had previously existed and established an entirely alien system of land tenure whereby every Tongan male, upon reaching the age of 16, was entitled to rent for life at a nominal fee a plot of bush land (api) of 8.25 acres, plus a village allotment of about three-eighths of an acre for his home.”

For these and more sweeping changes, the first modern king is Tonga’s national hero. The anniversary of the Tupou’s coronation in 1875 is celebrated in December, but June 4 is Tonga’s National Day. It remembers both the anniversary of the the abolishment of serfdom in 1862 and the end of Tonga’s status as a British protectorate over a century later.