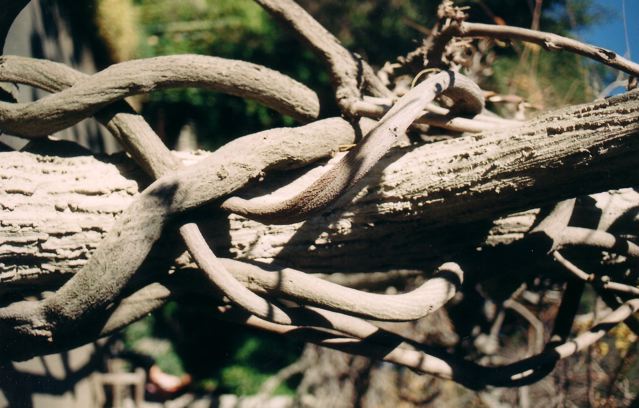 The evolution of this holiday is a bit unusual. In ancient times Tu B’Shevat wasn’t really a “holy day” at all, but more of a tax day. Fruit-bearing trees were taxed differently depending on their age. And fruit could not be taken until after the tree’s third year. The fifteenth day of the month of Shevat was chosen as the “birthday” for all trees in the land of Israel, regardless of when they were planted.

Today it is celebrated as more of an Arbor Day for the Jewish people.

The is no one way to celebrate Tu B’Shevat.

In Italy Rabbi Barbara Aiello and her congregation bring green plants to the residents of a local retirement home, to bright up the rooms.
In Modiin, Israel a kindergarten class plants trees.

Many Jewish families around globe have a special “sedar” or meal on Tu B’Shevat. Four types–or colors really–of wine are consumed during the sedar, as well as different types of fruit.

In the Kabbalah tradition the fruits symbolize different levels of the world:

In modern times Tu B’Shevat has been adopted by the environmental movement, and a sort of Earth Day culture has developed around it. The modern tradition of planting trees goes back to 1884 when settlers in Galilee planted 1500 trees. Today it is common for schoolchildren in Israel to do the same.
Another reason Judaica may have latched onto the holiday tighter in diaspora than originally in Israel, was the representation of the tree and tree’s roots as symbols for the roots of the Jewish people back in the Holy Land, and fruit symbolic of the Jewish family and future yet to be realized. The theme of genealogy and family grew to be of fundamental importance during the eras of exile. Tu B’Shevat’s imagery of trees and land tapped into the scattered people’s longing for a faraway homeland.

The blessing for the fruit is:

“Blessed are You Adonai, our God, ruler of the universe, who brings forth the fruit of the tree.”

Tu B’Shevat begins, as all Jewish holidays, at sun-down and continues the next day.