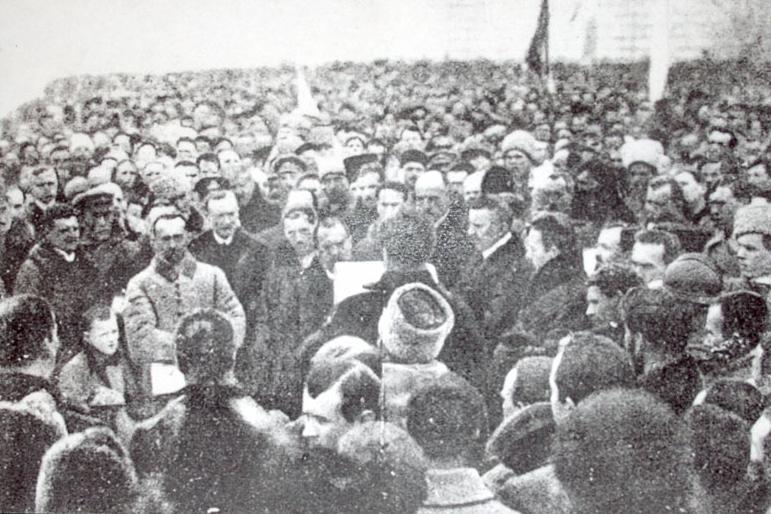 It was on January 22 in 1919 that the two republics making up what is now Ukraine signed the Zluky Act that would merge the two into one, thus uniting the Ukrainian people.

It is a rare holiday in Ukraine in that it does not mark an occasion of sadness, defeat, or bloodshed.

Unfortunately this newfound unity of independence was short lived.

That same year Bolsheviks gained control of the country and declared Ukraine a part of the Federation of Soviet Republics. Thousands of Ukrainians died in the fighting, but this is nothing to the numbers who would perish over a decade later when the Soviet dictator Joseph Stalin enforced an unprecedented, massive famine throughout Ukraine killing millions.

On January 22,1990 the Ukrainians celebrated their Reunion Day publicly and proudly for the first time, creating a 300,000 person human chain that stretched from Kiev to Lviv. This show of solidarity hastened the downfall of Soviet influence over Ukraine, which declared its independence in 1991.

“My nation has proved that Ukraine can never be deprived of freedom. It is no longer possible to divide the people into westerners and easterners.”

— announcement on the celebration of the Reunion Day of Ukraine, 2007, decreed by President Viktor Yushchenko

8 Replies to “Ukrainian Reunion: a holiday not forgotten”