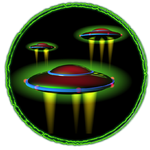 No, July 2 is not Uterus Falling Out Day (occurs up to twelve times yearly depending on one’s menstrual cycle). It’s Unidentified Flying Object Day.

Some celebrate UFO Day on June 24, recalling the day in 1947 that pilot Ken Arnold witnessed several UFOs hovering over Mt. Rainier, Washington. But most aficionados observe UFO Day on July 2, the accepted date of the 1947 discovery by ranch foreman Mac Brazel of the wreckage of an unusual aircraft on Foster ranch, just outside Roswell, New Mexico. Brazel later heard reports of “flying discs” and put 2 and 2 together. After Brazel reported his findings to the Roswell Daily Record, the U.S. Army tried to cover up the find with claims of a “weather balloon” experiment gone wrong.

But we know better.

The public didn’t buy it either. Or maybe they did, but only for like 30 years. Since the 1970s a slew of books, articles, and tv specials have come out detailing the Roswell incident and the holes in the army’s stories, and have turned Roswell into the holy grail of UFO lore.

Brazel’s disc plays a vital role in the motion picture Independence Day, in which the heroes learn that alien corpses from said vessels have been kept in storage since 1947. In homage to Brazel’s discovery, the movie begins on July 2.