“Armed Forces Day, Saturday, May 20, 1950, marks the first combined demonstration by America’s defense team of its progress, under the National Security Act, towards the goal of readiness for any eventuality. It is the first parade of preparedness by the unified forces of our land, sea, and air defense.”

In addition to creating the Central Intelligence Agency, the National Security Act reorganized the Army, Navy, Air Force and Marine Corps within a unified Department of Defense. (UFO-conspiracy theorists point out that Congress passed this classified Act just one month after the Roswell debacle of 1947. Coincidence?…Yes.) The purpose of the reorganization was to better identify and respond to “transnational threats” defined as “any transnational activity (including international terrorism, narcotics trafficking, the proliferation of weapons of mass destruction and the delivery systems for such weapons, and organized crime) that threatens the national security of the United States.” 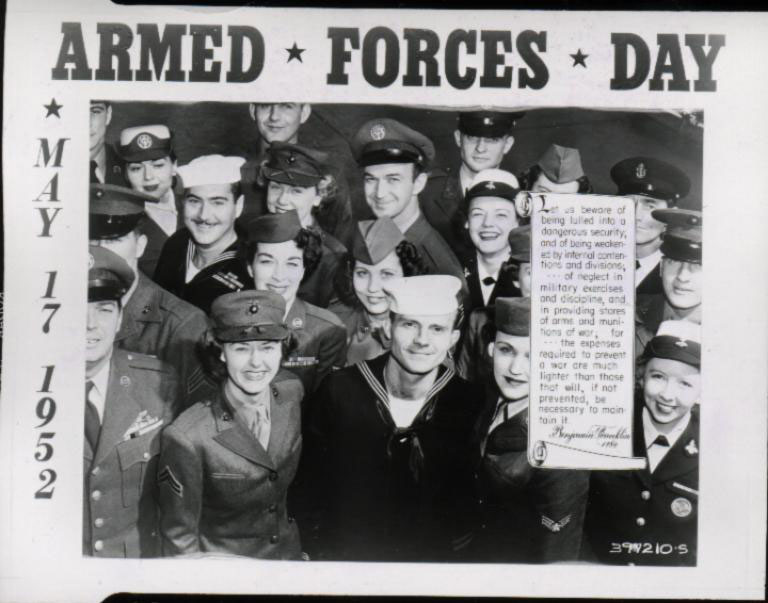 Armed Forces Day was meant to replace the separate Army, Navy, and Marine Corps Days, although the Marines continue to observe Marine Corps Day each November 10. Armed Forces Day, the third Saturday in May, serves a dual purpose. It is partly for the country to pay homage to the men and women in the armed services. But it is also a ‘facetime’ opportunity–for the military to interact with and educate the public in an informal setting about the Armed Forces.

The city of Torrance has hosted the Armed Services Day Parade every year for nearly 50 years. Before and after the parade, spectators get a chance sit in Air Force helicopters, Coast Guard boats, Army trucks, and other military vehicles, while exhibits show the more scientific side of the Armed Forces, including geological, geographical, and zoological studies.

2008 marked the 100th anniversary of U.S. Army Reserve, which began in 1908 as the Medical Reserve Corps. The original Corps consisted of 160 doctors who could be called upon to serve their country at a moment’s notice in times of war. Ten years later at the end of World War I the Army Reserve numbered over 160,000 soldiers on active duty.

“Armed Forces Day, above all, honors the dedicated individuals who wear the uniforms of their country. Each serviceman, wherever he may be, whatever his task, contributes directly and importantly to the defense of the nation.”

“…Word to the Nation: Guard zealously your right to serve in the Armed Forces, for without them, there will be no other rights to guard.” 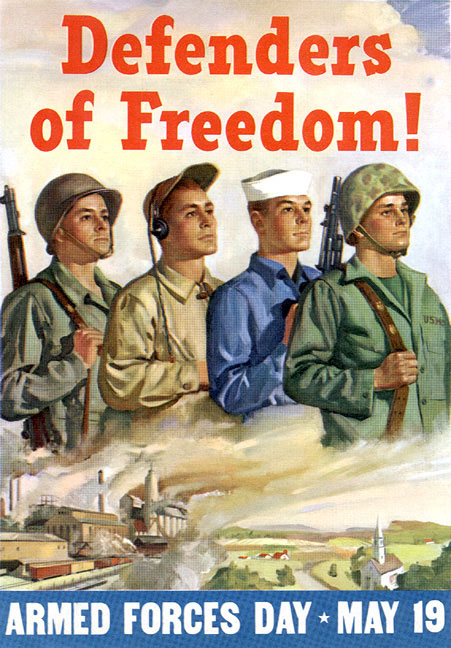