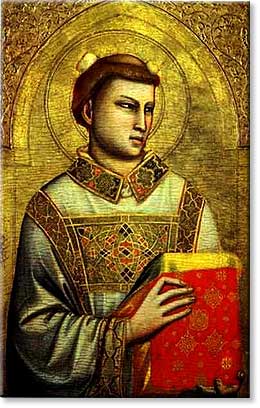 “In London and other places, St. Stephen’s Day, or the 26th of December, is familiarly known as Boxing-day, from its being the occasion on which those annual guerdons known as Christmas-boxes are solicited and collected…

The Book of Days

As a child I thought it odd that the British, so seemingly refined (compared to us their American cousins), would dedicate the day after Christmas to such a brutal and pugilistic sport. Yet there it was on the calendar: “Boxing Day – UK”.

Apparently the holiday has very little to do with the sport, but everything to do with gift-giving. And no, it’s not about boxing up all the gifts you don’t want so you can return them to the store either.

“The institution of Christmas-boxes is evidently akin to that of New-year’s gifts, and, like it, has descended to us from the times of the ancient Romans, who, at the season of the Saturnalia, practised universally the custom of giving and receiving presents. The fathers of the church denounced, on the ground of its pagan origin, the observance of such a usage by the Christians; but their anathemas had little practical effect, and in process of time, the custom of Christmas-boxes and New-year’s gifts, like others adopted from the heathen, attained the position of a universally recognised institution. The church herself has even got the credit of originating the practice of Christmas-boxes…

“…Christmas-boxes are still regularly expected by the postman, the lamplighter, the dustman, and generally by all those functionaries who render services to the public at large, without receiving payment therefor from any particular individual. There is also a very general custom at the Christmas season, of masters presenting their clerks, apprentices, and other employes, with little gifts, either in money or kind.

“St. Stephen’s Day, or the 26th of December, being the customary day for the claimants of Christmas-boxes going their rounds, it has received popularly the designation of Boxing-day.”

Boxing-night was a night of much joy and revelry. The Book of Days goes on to tell us that “the theatres are almost universally crowded to the ceiling on Boxing-night” as the pockets of the working class are stuffed with recently received year-end bonuses.

You can also find some packed pubs and bars on Boxing Day, as celebrants, having spent 24-48 hours with family, join their friends to bid a fond farewell to the Christmas season, if not the Christmas spirit.

[Of course , Boxing Day is actually only the second day of the twelve days of Christmas, so the season doesn’t technically end until Epiphany on January 6.]