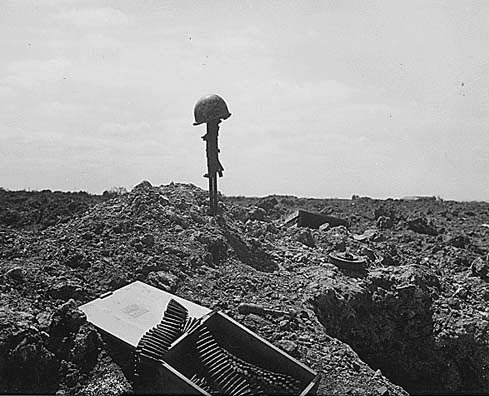 “The eyes of the world are upon you.”

from General Dwight D. Eisenhower’s statement to the soldiers, sailors, and airmen of the Allied Expeditionary Force, June 1944

June 6 marks the anniversary of the 1944 Allied invasion of Normandy that precipitated the long and brutal campaign to liberate Western Europe from Nazi power.

The invasion, also known as Operation Overlord, involved the landing of approximately 160,000 Allied troops, including U.S., U.K, Free French, Canadian, and Australian forces, in a single day along the heavily fortified Normandy coast. The day was scheduled to be June 5, but unfavorable weather conditions forced the landing back a day.

“In fact, it does not stand for anything. The ‘D’ is derived from the word ‘Day.’ ‘D-Day’ means the day on which a military operation begins.”

Operation Overlord referred to the entire operation from the initial assault on June 6 to the crossing of the River Seine on August 19. Operation Neptune referred the beginning of the invasion, covering the assault on the beaches, and ended on June 30.

Then there was the lesser known “Operation Fortitude”. Operation Fortitude entailed a massive invasion through the narrowest point in the English Channel by the “First US Army Group” led by General George S. Patton.

Operation Fortitude was, needless to say, entirely made-up. A fictitious assault created to mislead the Germans into thinking the invasion would occur at another location. Secrecy was essential as the Germans had 55 divisions at their command in France, and the Allies could only land a maximum of 8 at any one time. Keeping the world’s largest invasion a secret was a feat almost as remarkable as the invasion itself. It required the Allies win complete dominance over UK airspace—Allied air forces suffered tremendous losses in the two months before the invasion in order to make this so. It required the UK to ferret out all German spies within their ranks and region and to force known spies to send misinformation back home.

The deception went so far as to set up a fake base for the “First U.S. Army Group” in England opposite the suspected landing site, complete giant rubber tanks, cardboard weapons, a paper mache oil pump, and scripted radio chatter.

General Patton was an obvious choice for the fictitious assault. The Germans assumed Patton—one of the U.S. most capable generals—could lead such an operation. However, Patton had been disciplined for a “slapping” incident, something the Germans found difficult to believe was true. (It was.)

“Fortitude succeeded beyond anyone’s wildest dreams. Long after June 6th, Hitler remained convinced that the Normandy Landings were a diversionary tactic to induce him to move his troops away from the Pas-de-Calais…He therefore kept his best units in readiness there, until the end of July…”

Within five days, over 325,000 troops had landed in Normandy.

“These men came here — British and our allies, and Americans — to storm these beaches for one purpose only, not to gain anything for ourselves, not to fulfill any ambitions that America had for conquest, but just to preserve freedom… Many thousands of men have died for such ideals as these… but these young boys… were cut off in their prime… I devoutly hope that we will never again have to see such scenes as these. I think and hope, and pray, that humanity will have learned… we must find some way… to gain an eternal peace for this world.”

65th Anniversary of D-Day on the Normandy Beaches