Yes, it all begin in a little church on a summer’s day in 1619. They didn’t meet with the intent to change the world, just takin’ care of business.

It’s said that America was founded on freedom of religion, but 13 years before the Pilgrims ever stepped aboard the Mayflower, the London Company (later the Virginia Company) packed over a hundred men on three ships bound for America in the hopes of establishing a permanent, viable, and profitable settlement.

After 144 days at sea they settled upon what became Jamestown Island, which they named for the English king. Life was tough in those days. The first years in Jamestown brought us legends like Pocahontas and Captain John Smith, but by far the most popular activities in the early years were getting sick, starving, and dying.

In 1609, the Virginia Company in England shipped much-needed food, supplies, more colonists, and new leaders aboard eight ships, which then got caught in a storm. Most of the colonists arrived in tact; however the ship carrying key foodstuffs, supplies, and leaders (the Sea Venture) crash landed on an uninhabited island chain named Bermuda. (That’s how Bermuda became an English colony. The shipwreck is still visible on Bermuda’s coat-of-arms, and some historians believe the wreck influenced Shakespeare’s ripped-from-the-headlines classic “The Tempest”). 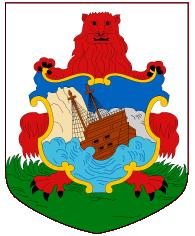 Of the 500 Jamestown settlers, only about 100 survivors remained in June 1610, at which time the colonists decided to abandon Jamestown.

Yes, Jamestown was not a permanent settlement. It was abandoned for two days—June 8-9, 1610. The colonists had just begun sailing back to England when they were intercepted by the new governor, Lord de la Warr, and his party arriving from England. (Back in England, John Smith’s writings had just been published and had sparked a renewed interest in the colony in the nick of time.) Lord de la Warr ordered the colonists back to Jamestown, and it’s been inhabited ever since.

Originally Jamestown was run by a council of seven men, chosen by the Virginia Company. (On that first journey to Virginia in 1607, the list of leaders was kept secret in a locked box, not to be opened until the colonists reached land. The story goes that the captain sentenced John Smith to be executed upon their arrival, but his life was spared because he turned out to be one of the seven.)

By early 1609 only one of the seven remained. The following year the Virginia Company established martial law, making Lord de la Warr the supreme ruler of the colony and the arbiter of all disputes.

In 1618, in an effort to increase productivity and immigration, the Virginia Company back in London allowed colonists to own their own land. The “Greate Charter” also created an annual General Assembly, to consist of the Governor (Sir George Yeardley), the Council (members selected by the Virginia Company) and the House of Burgesses. The House of Burgesses was a group of representatives elected by the colonists, two from each of the 11 towns and plantations. The Assembly’s mission: to decide upon “just laws for the happy guiding and governing of the people.”

The Assembly first convened on this day (July 30) in 1619. They met for six days in the mid-summer Virginia heat. One of their members died from the heat before the assembly was over.

The Assembly set the price of tobacco—the colony’s big export—and they laid down fines and punishments “Against Idleness, Gaming, drunkeness & excesse in apparell…” Laws also touched upon marriage, food stocks, and the converting of Indians to Christianity.

The assembly adjourned on August 4. One of their best decisions: to meet in much cooler March next time.

Nearly 400 years later, residents of Jamestown, Virginia, celebrate First Assembly Day on July 30, the anniversary of the First General Assembly of the former British colonies and the birth of democratic government in the United States.

Did the Sea Venture shipwreck inspire The Tempest? – MP3 file

Full text of the First General Assembly of Virginia