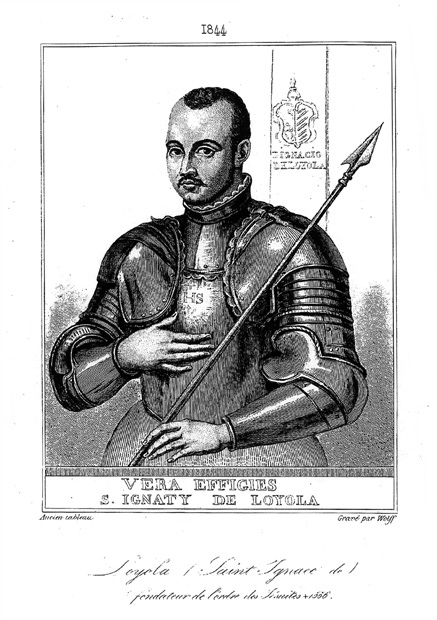 ALMOST 500 years ago in the Basque country in the north of Spain, a young man sat in bed recovering from a long and brutal operation. Inigo, an officer in the Spanish army, had been struck during a French siege by a small cannonball which had shattered one leg and severely wounded the other.

decided that the leg ought to be broken again and the bones reset because they had been badly set the first time or had been broken on the road…This butchery was done again; during it…he never spoke a word nor showed any sign or pain other than to clench his fists… — Culture and Belief in Society, David Englander & Rosemary O’Day

But as he healed, one of the bones remained on top of the other, shortening his leg. A self-admittedly vain Inigo didn’t want to live life deformed. He opted to to undergo a third operation to fix it, even though it would be the longest and most painful, as the bone had already healed.

Having cut into the flesh and sawed off the projecting bone, the surgeons set themselves to the task of reducing the shortness of the leg…and continually stretching it by means of mechanical devices, which for several days on end cause him great torture. — Saint Ignatius Loyola: the Pilgrim Years, James Brodrick

In recovery Inigo asked for some books to occupy him. All they had to read were two books, De Vita Christi (Life of Christ) by Ludolph of Saxony and a book on the lives of the Saints, both in Castilian.

(On a personal note, I was once stuck in a laundromat for three hours where the only book I could find was “The Valley of the Dolls.” We are glad that was not the case with Inigo, because) After reading these tomes and healing from his operation, he tossed aside three decades of vanity and materialism, to found the Society of Jesus, the Jesuits.

It didn’t happen overnight. It began with a competitive pursuit of “besting” the saints, to be more ascetic than this one or to fast more stringently than another. But each exercise and pilgrimage slowly transformed his faith. He spent several months living in a cave. He begged his way across Europe to Jerusalem. He preached on the streets of Barcelona. He was interrogated during the Inquisition, and briefly incarcerated in Salamanca.

“About what do you preach?” Loyola was once asked.

He replied, “We do not preach, we speak to a few in a friendly manner about the things of God, just as one does after dinner with those who invite us.”

He left his troubles (and his name) in Spain to study at the University of Paris. There ‘Ignatius’ of Loyola met six other like-minded men who formed Societas Iesu–the Society of Jesus. In August 1534 the men made a vow–to live in poverty and chastity, to devote themselves to missionary work and other good deeds, and to serve the Pope.

By the time of Ignatius’s (Inigo’s) death, on this day in 1556, the Society of Jesus (Jesuits) had spread to three continents, where they operated dozens of schools. They made enemies among colonial powers while defending the the rights and lives of indigenous inhabitants of North and South America.

With over 18,000 members in 112 nations, the Jesuits are the largest male religious order of the Roman Catholic Church. Millions more have been educated at Jesuit schools and universities.

Prayer of Saint Ignatius Loyola
Teach us, Good Lord,
To Serve Thee as Thou deservest;
To give and not to count the cost;
To fight and not to heed the wounds;
To labor and not to ask for any reward,
save that of knowing that we do Thy will.
Through Jesus Christ Our Lord, Amen.

2 Replies to “St. Ignatius of Loyola”