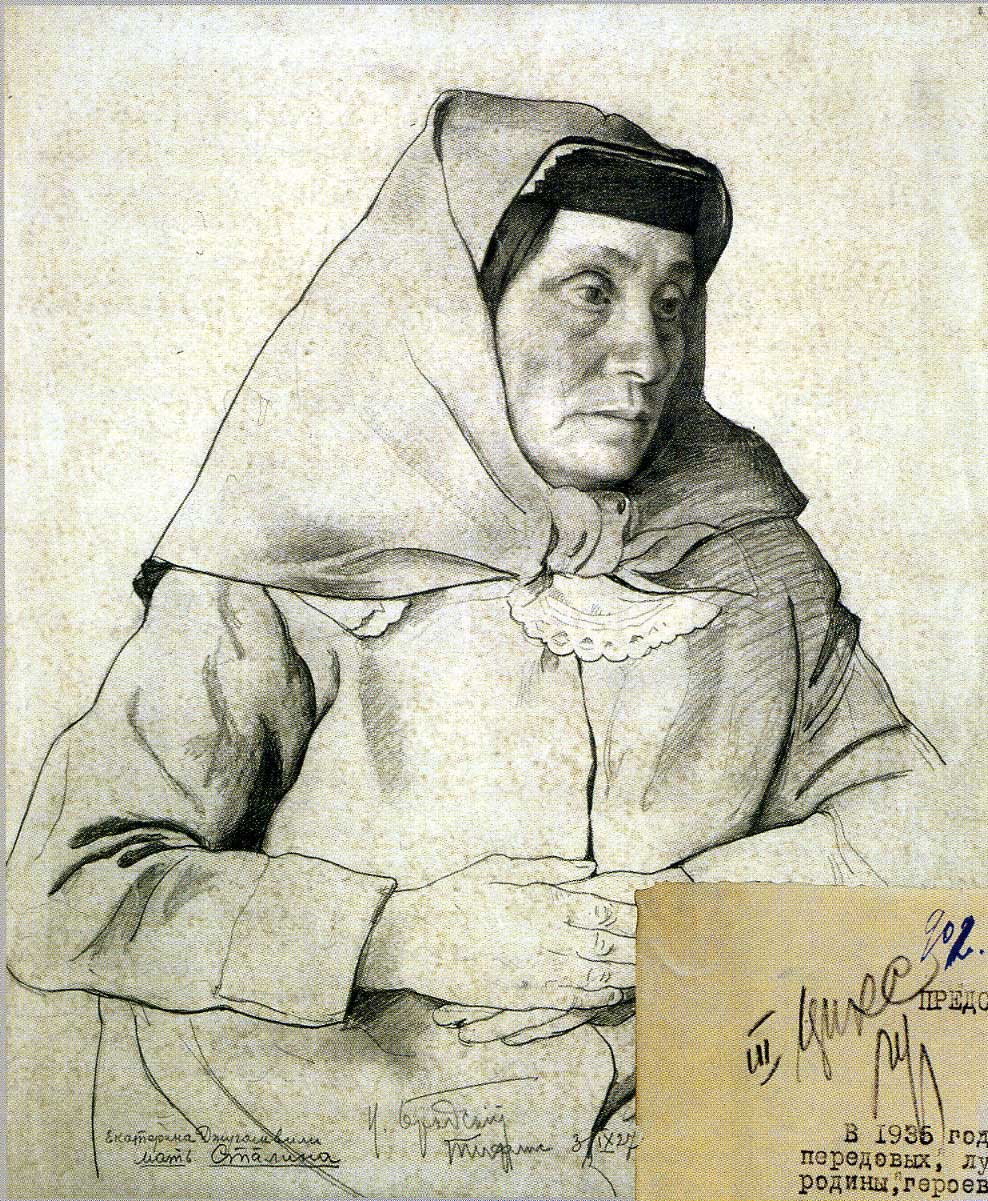 Today is Mother’s Day in Georgia — the country, not the state.

Perhaps the most famous of all Georgian mothers was Katerina Geladze Djugashvili.

The daughter of serfs, Katerina married at age 17. She had two children—Mikhail and Georgi—who died as babies, before her third, Josef (nickname Soso), was born. A devout Christian, Katerina made a vow to God. If this boy would survive, he would become a servant of the Lord.

Soso did live, but was often ill. Katerina nursed him to health through small pox, endless colds and coughs, and a case of blood poisoning that left one of his arms permanently injured.

Soso’s father was a drunk who habitually abused his wife and son. He walked out on them to work at a shoe factory in the city, where he eventually drank himself to death.<

Katerina worked as a laundress and servant to raise money for her son to attend the Gori Parochial School. Though other boys picked on him for his ragged clothes, pockmarked face and hick accent, the boy graduated at the top of his class, and was accepted to the prestigious Tiflis Theological Seminary.

“To the Most Reverend Archemandrite Seraphim, Rector and Father,” wrote the boy…

Having completed my studies at the Gori Church School as the best student… I was fortunate to be successful in this examination and was admitted among the students of the Theological Seminary. However, since my parents are unable to provide for me in Tiflis I am appealing with great humility to Your Reverence to admit me among those students who have half their tuition fees paid for them.

It was Soso’s appetite for reading that got him expelled just before graduation. He was caught with banned literature, including works by Darwin and Victor Hugo. His mother’s dreams were dashed to pieces.

Decades later, after Josef changed his last name to Stalin (much easier to pronounce than Djugashvili) and became the leader of the Soviet Union, he tried to explain to his mother what he did for a living—leaving out all that paranoid, mass-murdering, genocidal dictator stuff.

Unencumbered by pesky checks and balances like U.S. Presidents, Stalin was the single most powerful person in the world.

Katerina simply told him, like any good mother, she was disappointed he wasn’t a priest.