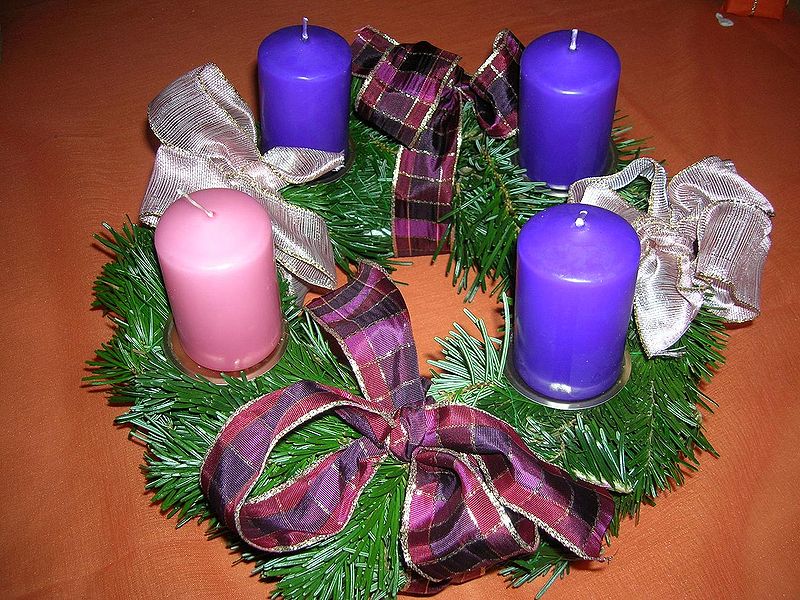 The fourth Sunday before Christmas marks the beginning of the liturgical calendar in much of the Western Church. Advent Sunday corresponds to the Sunday nearest Saint Andrew’s Day (November 30).

Advent comes from the Latin Adventus,meaning ‘arrival’. During Advent Christians prepare for both the anniversary the birth of Christ, as celebrated on December 25, and the anticipation of the Second Coming.

The first records of what we now call Advent date from 5th and 6th century France.

Advent originally lasted six weeks (43 days), from St. Martin’s Day (November 11) to Christmas, during which adherents would fast three times a week. For many Germans and Austrians, St. Martin’s Day still kicks off the Christmas season.

Beginning in the 9th century the length of Advent was reduced to four weeks instead of six. Over the centuries the fasting element of this “second Lent” was replaced by abstinence, which was then replaced by little calendars with chocolates in them.

Some of the most visible symbols of the holiday are the Advent wreaths and the royal purple and royal blue banners and vestments in Catholic and Protestant churches.

The circular wreath was an ancient Germanic and Celtic symbol, representing the ever-turning “wheel of the year”. Today the wreath–with no beginning and no end–symbolizes the eternity of God and the immortality of the soul, as do the evergreens from which the wreath is made. Laurel leaves represent Christ’s persecution; cedar represents the healing power of Christ; and pine and holly represent immortality. Pine cones are sometimes used to signify new life and resurrection.

During each Sunday of Advent families and churches light one of the four wreath candles. In that respect the wreath is the original Advent Calendar.

In the Catholic tradition three candles are purple. The fourth, a rose candle, is lit on Gaudete Sunday.

The History of Advent

The History of the Advent Wreath