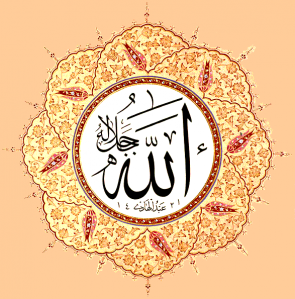 Nope, the Islamic New Year is a time of reflection and reverence, not outward celebration. The name Muharram itself–the first month of the Hijra calendar–means “holy” or “forbidden”. Muharram is one of the four “sacred” months (not including Ramadan), during which certain acts are forbidden.

“…the one that keeps a fast in the month of Muharram will receive the reward of thirty fasts for each fast.”

Details of the Hijra calendar are laid out in the Qur’an which states: “The number of the months according to Allah is twelve.” The number of days in each month is determined by the lunar cycle. The Qur’an condemns luni-solar calendars which insert an intercalary or leap period “one year and forbid it another year so that they may make up the number of the months which Allah has allowed in order to permit what Allah has forbidden.”

In other words, the days and months of the year are set down by God, as are rules about when to abstain from certain activities ranging from fighting to eating to intercourse. So even if man tries to shift the months of the year for his convenience, this doesn’t change the natural timetable by which prescribed activities are allowed and forbidden.

Islam and the Moon

Islam’s use of the moon and the lunar cycle as the sole determinant of the year stands in stark contrast to luni-solar calendars that originated from earlier cultures, many of which worshipped a “sun-god”, be it Ra, Helios, or Mithra.

Today the crescent moon is the most widely recognized symbol of Islam, yet early Muslims used icon-free banners of various colors. The moon and star, symbols of Byzantium since the 4th century BC, spread across the Islamic world during the expansion of the Ottoman Empire.

The Qur’an forbids worship of the moon or any other object. During the Prophet Abraham’s quest for God, Abraham first worships a “shining planet”, but when the star fades he says, “I love not those that disappear.” When the moon rises he says “This is my Lord.” But he is disillusioned when the moon sets as well. Finally, when sun rises, he says, “This is my Lord; this is the greatest of all” But like the moon and star, even the sun sets. Abraham at last proclaims, “I have devoted myself absolutely to the One who initiated the heavens and the earth. I will never be an idol worshipper.” [Qur’an 6:76-79]

The birthnight of Islam may have been Muhammad’s first revelation of the Quran by the Angel Gabriel in 610 CE. But the Year known as 1 in the Muslim calendar came over a decade later..

The Prophet Muhammad was living in Makkah, teaching Islam and monotheism to his followers, and thus angering the city’s governance. Even then Makkah was a pilgrimage destination, but for a very different reason. The Kaaba–the birthplace of monotheism in Islam–held idols of pagan gods worshipped by the many cults and clans around Makkah. Much of the power of city leaders rested on their perceived connection with pagan gods and idols.

Muhammad found support in the people of Medinah, who would travel the 200 miles distance to Makkah to meet with him and learn the ways of Islam. Muhammad refused to stop teaching Islam, despite offers of riches and power from government leaders if he did, and threats to his life if he didn’t. In September of 622 he cut his ties with the leaders of Makkah and led his followers north to Medinah to establish the world’s first city-state governed by the laws of the Qur’an.

Though today Makkah is the direction toward which Muslims pray and the destination of the Hajj, it was Muhammad’s departure of the city that set in motion the Islamic calendar. We’re beginning the 1430th year of Al-Hijra, or “the Migration.”

Months of the al-Hijra calendar

The names derive from pre-Islamic times when the months coincided with the seasons.