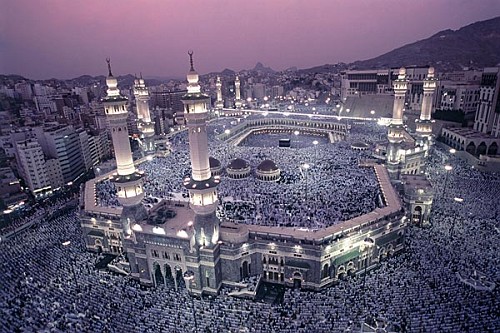 For Muslims across the world, tonight is a night “better than a thousand months.”

On this night, the 27th of Ramadan, in 610 CE, the 40 year-old future Prophet Muhammad was meditating in a cave outside Mecca. The Angel Gabriel/Jibril appeared to Muhammad and commanded him to recite. Muhammad twice refused, explaining he did not know how. After the third command, Muhammad found himself reciting what would become the first verses of the 96th chapter of the Qur’an.

‘Read, in the name of thy Lord Who createth everything.
Created man from a clot of blood.
Read, for thy Lord is Most Beneficent,
Who teacheth by the pen,
Teacheth man that which he knew not.’

The last ten days of the month of Ramadan are considered the most sacred. While fasting and sacrifice is required throughout the month, Muslims strive to follow and understand the teachings of the Qur’an most stridently during these days.

Many Muslims, notably Shi’a Muslims, observe Lailatul-Qadr (Night of Power) on the 23rd of the month. Some also point to the Qur’an as expressing that the night may fall on any odd-numbered night in the last third of the month.

Laylat al-Qadr is also known, perhaps more accurately, as Night of Predestination, or Night of Measure.

The end of Ramadan is marked with the festival Eid-al-Fitr.

16 Things You Can Do on the Night of Power

One Reply to “Night of Destiny, Night of Power”