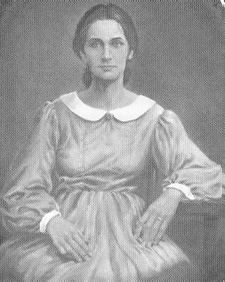 Susannah Wedgwood and Nancy Hanks had little in common. They grew up on separate continents. Susannah was the first of seven children in a well-to-do English family and married a wealthy doctor named Robert Darwin. Nancy was the bastard daughter of Lucy Hanks and an unknown father, born in a cabin in rural West Virginia. She married a struggling Kentucky drifter by the name of Thomas Lincoln.

What Susannah and Nancy did have in common was that two hundred years ago today, on February 12, 1809, just hours apart, each of them gave birth to a son who in very different ways changed the course of human history.

Charles Darwin remembered almost nothing about his mother, though a childhood friend later recalled the boy bringing a flower to school, saying: “that his mother had taught him how by looking at the inside of the blossom the name of the plant could be discovered.” Even at that age Darwin did not take accepted knowledge of the natural world for granted. He allowed his observations to form his philosophy rather than relying on a predetermined philosophy to filter those observations. (Elegy for an Age)

Susannah Darwin died in 1817, when Charles was 8 years old.

Little is known about Lincoln’s mother, or what wisdom she imparted to him in the few years they had together. She died in 1818 when Abraham was 9.

Perhaps when Nancy read to young Abe from the family Bible, she interjected her abolitionist leanings. Perhaps her unknown roots, in a world where genealogy was everything, caused Lincoln to rethink the standards and social mores of his day. What we do know is that at nine years old, Abe Lincoln whittled the wooden pegs for his mother’s coffin.

He later said, according to his law partner William Herndon, “God bless my mother; all that I am or ever hope to be I owe to her.”