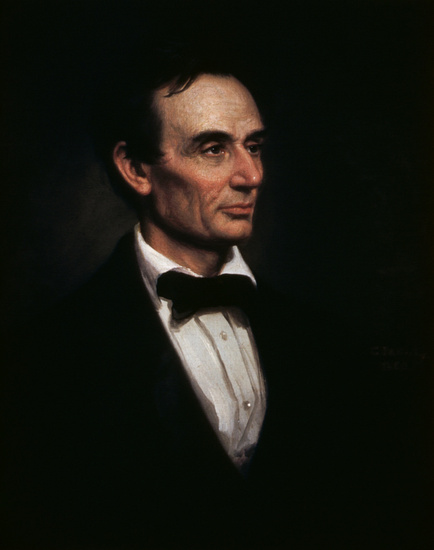 If I were two-faced, would I be wearing this one?

There are only two Americans remembered with a federal holiday: George Washington and Martin Luther King Jr.

That’s right, Abe Lincoln, considered by many to be America’s greatest President, didn’t make the cut.

It’s true that many states celebrate ‘Presidents Day’ in honor of both Washington and Lincoln, while others celebrate Lincoln’s Birthday separately.

But on the national level ‘Presidents Day’ was never officially adopted. There were movements in Congress to create a new holiday on Lincoln’s birthday, or, since it was only 10 days before Washington’s birthday, celebrating the two on a single ‘Presidents’ Day. However the change never took effect. Though the date was changed, and the holiday is commonly called ‘Presidents Day,’ by the media and public, the Monday federal holiday is still officially “Washington’s Birthday.”

Here we have one of the earliest writing samples of Abraham Lincoln, when he was a young child:

My favorite Lincoln story stems from his Illinois lawyer days when he was defending a client by the name of Melissa Goings in the town of Metamora.

The 70 year-old Goings was accused of killing her husband, a well-to-do farmer, though she claimed she acted in self-defense. Her husband was known to be abusive and drink heavily. In her statement Mrs. Goings said she had wrested loose as he choked her, and struck him in the head with a stick of firewood, fracturing his skull. He died three days later. His last words were, “I expect she has killed me. If I get over it, I will have revenge.”

Even though Mrs. Goings’ story was consistent, awareness of domestic violence was not as broad as it is now, and Lincoln knew there was a good chance of her conviction.

Melissa posted her own $1000 bail. However, on the day of her trial she had a short conference with Lincoln, her lawyer, after which she walked out of the courthouse and was never seen again.

The court bailiff was angry with Lincoln. Unable to locate Mrs. Going, he accused Lincoln of “running off” the defendant. Lincoln denied the charge. “I did not run her off,” Lincoln insisted, “She wanted to know where she could get a good drink of water, and I told her there was mighty good water in Tennessee.” (Carl Sandburg, Abraham Lincoln: The Prairie Years) 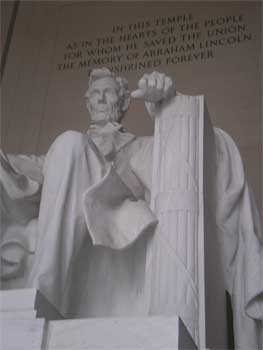 One Reply to “Lincoln’s Birthday”