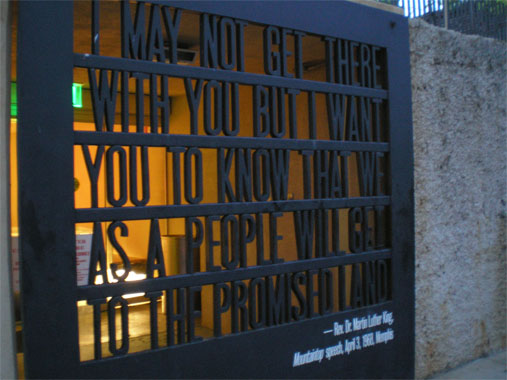 The above quote was from his Mountaintop speech, given one day before his assassination in Memphis, Tennessee.

Today we remember, not his tragic death, but his remarkable life.

In the early 1980’s, Martin Luther King Day was a holiday in several states, but there was debate about whether King ‘deserved’ a federal holiday. After all only one other American had been so honored. George Washington.

Then-Senator Barack Obama pointed out in his speech for the MLK Memorial ground-breaking that:

“Dr. Martin Luther King Jr. was not a president of the United States–at no time in his life did he hold public office. He was not a hero of foreign wars. He never had much money, and while he lived he was reviled at least as much as he was celebrated.

Martin Luther King Jr.’s path differs from Washington’s in many respects; however, his life is consistent with the lives of those who have been honored via holidays throughout the world over the past three thousand years.

Former Ambassador to the UN Andrew Young was with King in Memphis, Tennessee the day he died. Young reflects on the events that led up to King’s famed: “Letter from a Birmingham Jail.”

“There had been 60 unsolved bombings in Birmingham, Alabama. There were people being beaten up on the street for no good reason. Martin said, “We’ve got to take on Birmingham.” A group of black leaders came to meet with him to call off the demonstrations because we had several hundred people in jail, and we didn’t have bond money to bail them out. They were asking him to stop the demonstration and to leave town and go around speaking to try to raise money to get these people out. He got up and went into the next room and in about five minutes, he came back with his overalls on, and he said, “I’m sorry, ladies and gentlemen, I know you mean well, but I cannot leave with these people in jail. The only thing I can do is go join them.”

It was in that jail cell that Martin Luther King penned a letter, started in the margins of an old newspaper, and continued on scraps of paper. It is now one of the most powerful documents of the Civil Rights era and a manifesto of civil disobedience.

Letter From a Birmingham Jail