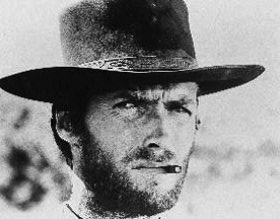 Today is No Tobacco Day, instituted by the World Health Organization in 1987. Originally observed on April 7, 1988 as a day of “No Smoking”, the name was changed to reflect the dangers of all forms of tobacco, and the date was moved to May 31, we assume to celebrate the birthday of Clint Eastwood.

Used to be no movie star would be caught live in front of a camera without a cigarette in his or her mouth. It was an uphill battle convincing cinema-going youth not to smoke what with images of their favorite stars puffing away on screen.

Still, today bloggers like the good doctoratlarge point out the top eleven oft-overlooked advantages of smoking, including:

“8) Nicotine is great for constipation.”

“5) You burn a hole in your pocket (literally if you are not careful), learning to survive with meager resources.”

“2) You learn to kiss butts, and as everyone knows, this is a priceless asset to those wishing to make it big in life…”

Over the past 25 years, the general public’s view on smoking has changed immensely. Even Dirty Harry has altered his views on smoking, (if not on gun control):