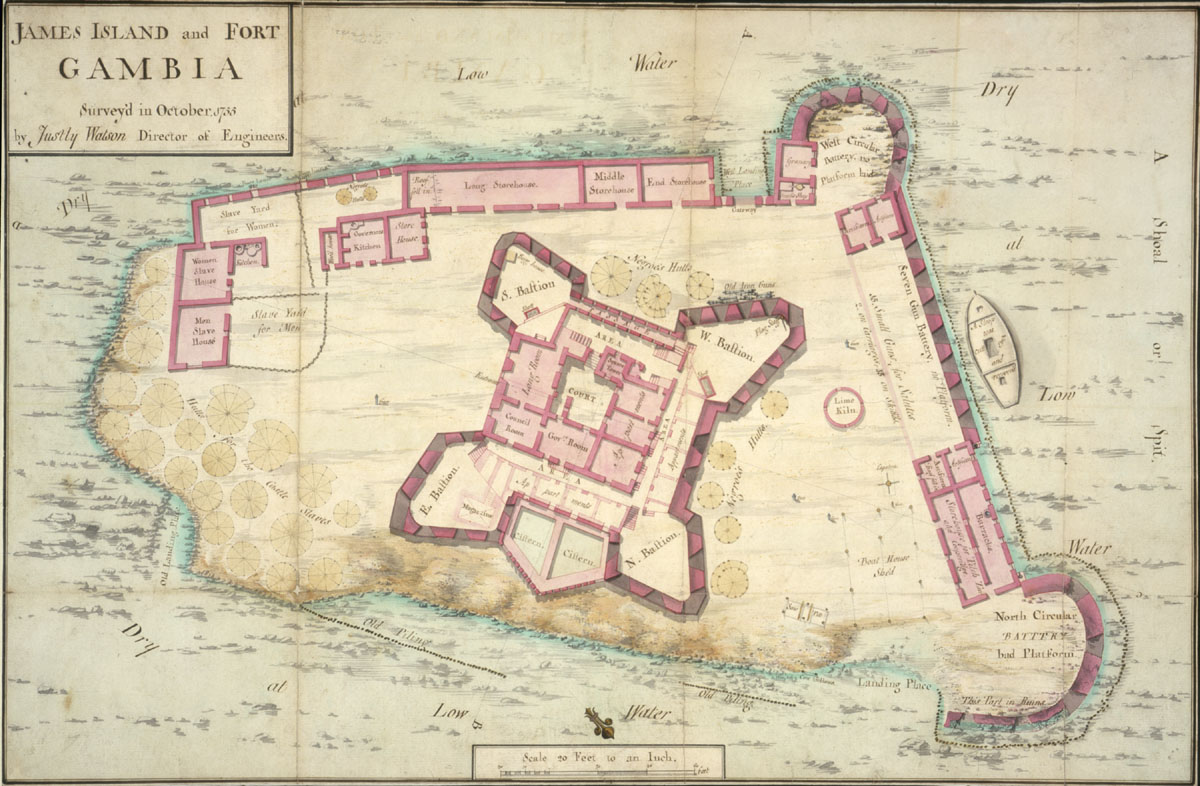 Early in the spring of 1750, in the village of Juffure, four days upriver from the coast of The Gambia, West Africa, a man-child was born to Omoro and Binta Kinte.

So begins Alex Haley’s classic Roots: the Saga of an American Family. The book and subsequent mini-series reawakened the American consciousness to the history of slavery and the black experience in America.

It’s actually The Gambia, not Gambia.

Inclusion of the article “The” in the Gambia’s case is because the country is essentially a tiny sliver of land drilled into the west coast of Senegal. It’s made up of the land that hugs the Gambia River as it winds to the Atlantic.

In Roots, Kunta Kinte is captured in The Gambia, transported on a slave ship and sold into slavery in Maryland.

That Haley can trace his ancestral line to what is now Africa’s smallest country (At 10,000 square kilometers, The Gambia is smaller than Connecticut) is not unusual. According to Wikipedia:

As many as 3 million slaves may have been taken from the [Senegambia] region during the three centuries that the transatlantic slave trade operated.

If accurate, that would mean thirty Africans were abducted from Senegambia a day, every day, for three hundred years.

Franklin Delano Roosevelt became the first American President to visit Africa when he spent the night in The Gambia en route to the Casablanca Conference in 1943.

The Gambia achieved independence from Great Britain on February 18, 1965.

For the first 15 years of its independence The Gambia enjoyed its reputation as a model multi-party democracy for African nations. An unsuccessful but bloody attempted coup in 1981 dented that reputation. The country’s President Dawda Jawara was in England attending the marriage of Prince Charles and Princess Diana when his government was nearly ousted from power. He maintained control via an agreement with Senegal to back his government with military force.

A second coup, in July 1994 was successful, ending Jawara’s near 30-year reign. The head lieutenant of the coup and Gambia’s future leader, Yahya Jammeh, had not been born when Jawara first became Prime Minister.