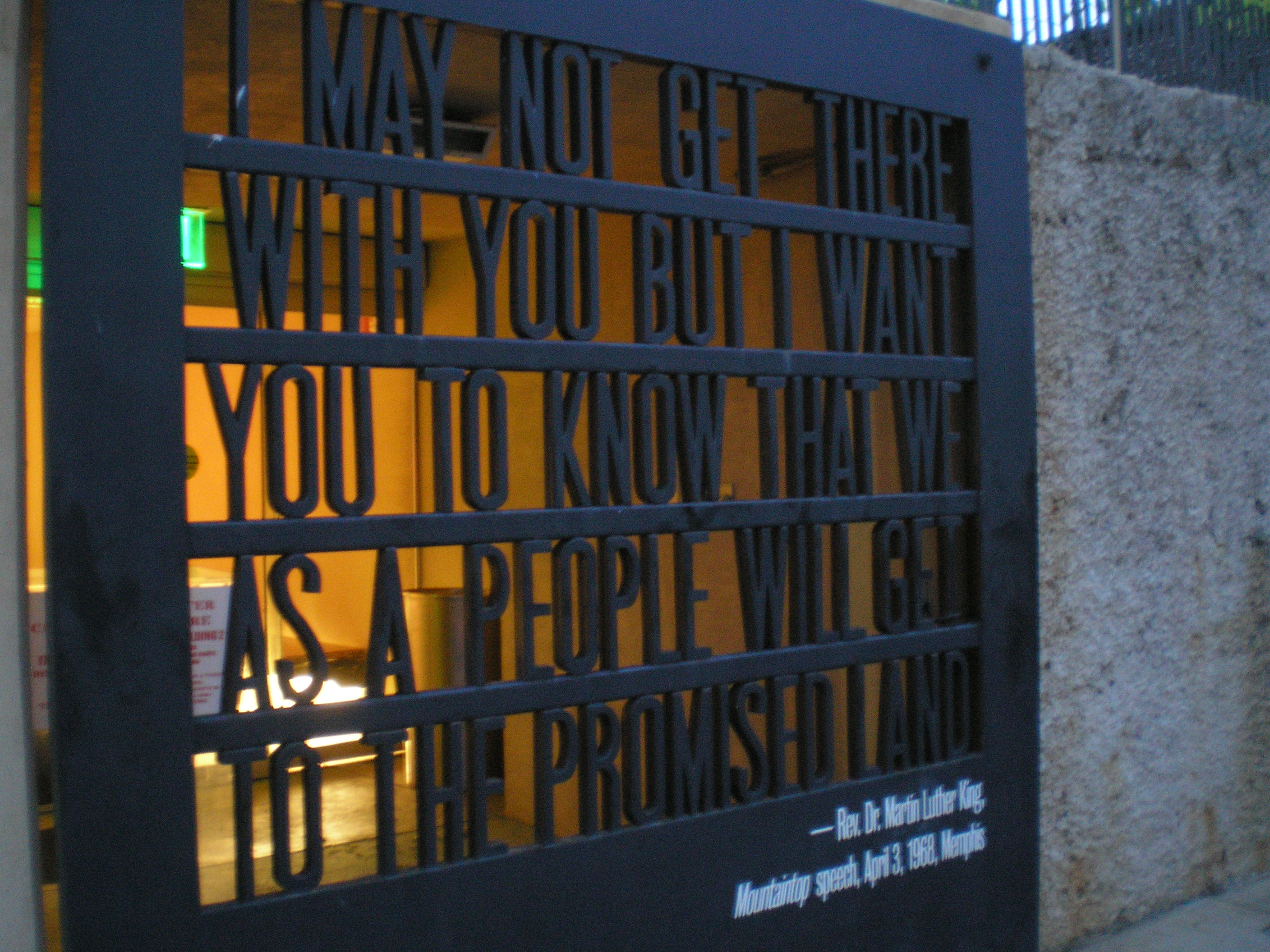 Early Morning – April 4
A shot rings out in the Memphis sky
Free at last, they took your life
They could not take your pride

40 years ago Martin Luther King Jr. looked off the balcony of his room on the second story of the Lorraine Hotel.

King had given what would be his last address the day before. The Mountaintop speech. King was used to death threats, but their increasing frequency and vindictiveness had reached a point that even King himself may have known he was on borrowed time.

In his last speech King alluded to the journey of Moses and the Hebrew slaves who escaped from bondage in Egypt, only to wander for 40 years in the desert.

After four decades, God called to Moses and told him to stand on the mountaintop, to look over the land God would bestow on the Israelites.

Then the Lord said to him, “This is the land I promised on oath to Abraham, Isaac and Jacob when I said, ‘I will give it to your descendants.’ I have let you see it with your eyes, but you will not cross over into it.” 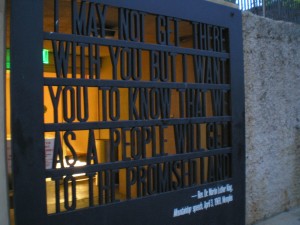