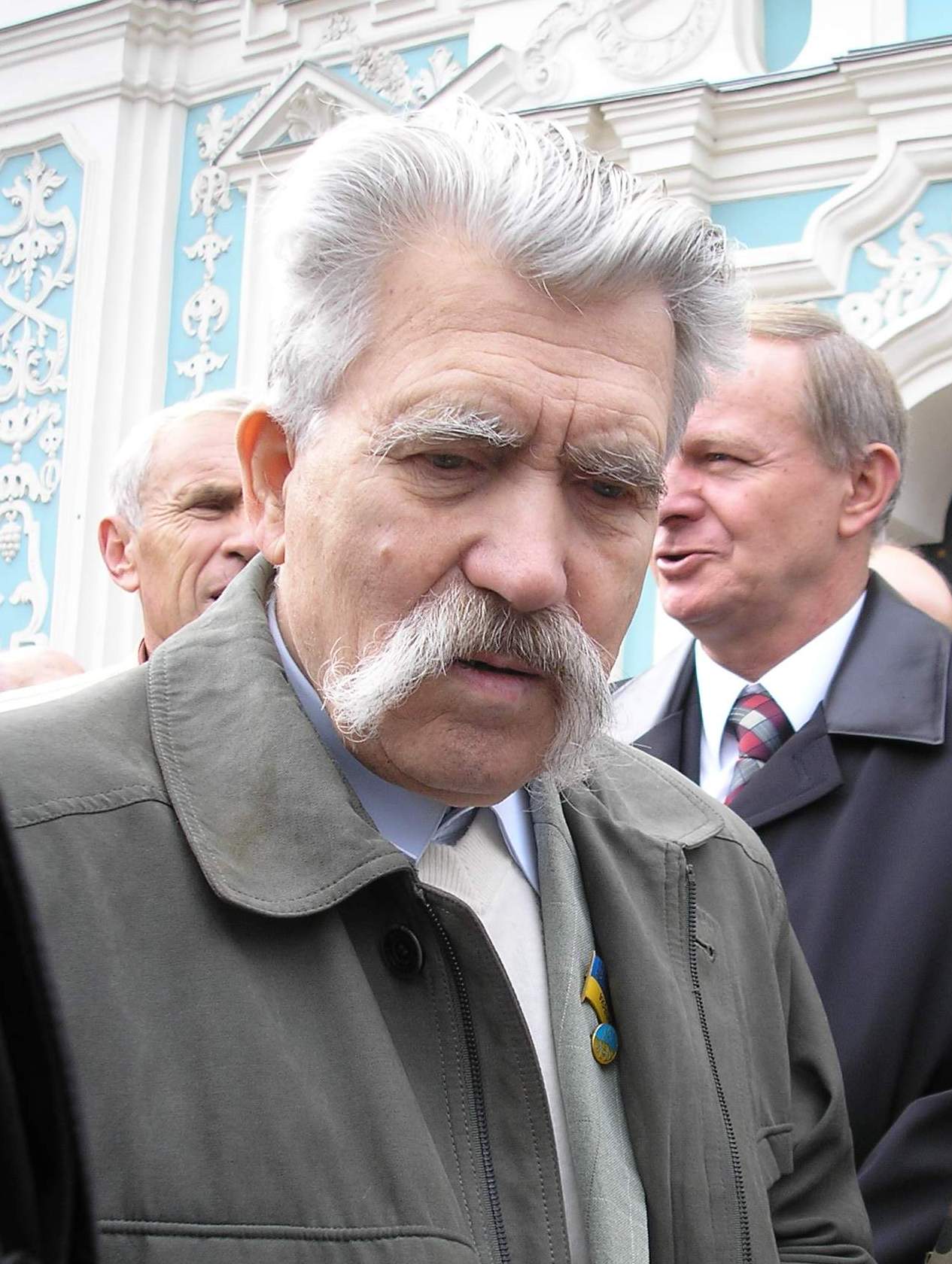 Today is the sixtieth birthday of Ukrainian activist, writer, agitator and politician Levko Lukyanenko. But Ukrainians aren’t celebrating the man, they’re celebrating the document he wrote on this day in 1991, Ukraine’s Declaration of Indpendence:

In view of the mortal danger surrounding Ukraine in connection with the state coup in the USSR on August 19, 1991,

Continuing the thousand-year tradition of state development in Ukraine,

Proceeding from the right of a nation to self-determination in accordance with the Charter of the United Nations and other international legal documents, and

Implementing the Declaration of State Sovereignty of Ukraine,

Back in 1959 Lukyanenko had helped to form the underground organization “Ukrainian Workers and Peasants Society”, for which he wrote the party program. For his involvement, he was sentenced to execution, a sentence that was later mitigated to fifteen years hard labor in the Gulag. His time didn’t dim his revolutionary fervor, but cemented it. After his release, he helped found the Ukrainian Helsinki Human Rights Group.

“All in all, Levko Lukyanenko spent twenty five years in prison and concentration camps and five years in exile, his crime being not murder or armed assault, or robbery but something the soviet regime considered to be the most grievous offence–having views and ideas inconsistent with the soviet ideology.”

Maria Vlad – Levko Lukyanenko, Indomitable Champion of the National Cause

Lukyanenko was released during the Soviet prestroika reforms of the 1980s. In 1990 the former enemy of the state was elected to the Ukrainian parliament.

Oh, and it’s Ukraine, not The Ukraine. It means “Borderland”.

Ukraine also gave us St. Nestor the Chronicler (c. 1056 – c. 1114), the monk who spent twenty years writing the great Russian and Ukrainian history “The Tale of Bygone Years”, or “The Chronicle”.

One Reply to “Ukraine Independence”