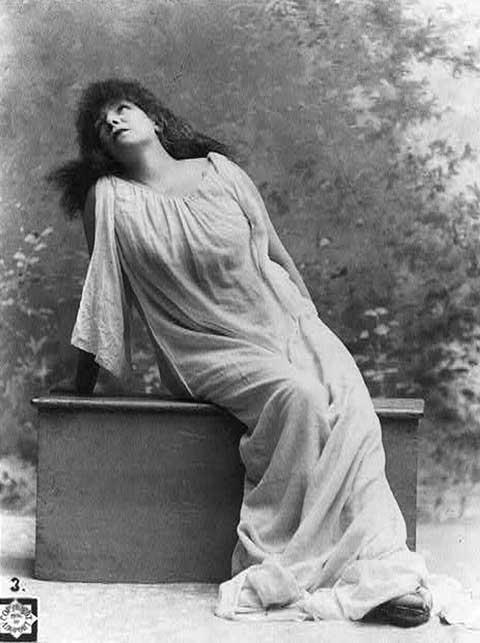 “We are all actors: being a citizen is not living in society, it is changing it.”

“Hi-diddle-dee-dee, an actor’s life for me.”

March 27 is World Theater Day, marking the birthday of famed director and actor Quentin Tarantino. Ok, no. While March 27 is Tarantino’s birthday, the International Theatre Institute chose the date back in 1961 to mark the anniversary of the Theatres des Nations festival, first held in 1957 at the Sarah Bernhardt Theatre in Paris.

“The thrust of the festival was never to invite only the safe or official companies. Quite the reverse: in its early years one of its most important functions was to recognize theatres which were not subsidized or recognized in their home countries.”

I’d like to stop for a moment to say I’m not spelling it “theatre” to be all hoity-toity. I don’t even know what hoity-toity means. [It’s from hoit, meaning “play the fool” or “to indulge in riotous and noisy mirth”, as in “Sibbie axed wi a kind ill hoit apon her” (Shetland News, 1897) or as in the 1973 Main Ingredient hit “It may be factual, it may be cruel/Everybody hoits.”  http://www.snopes.com/language/foreign/hoity.asp]

No, the correct spelling in Britain is “theatre” from the French word “theatre”. In the United States “theater” is your best bet on a spelling test and when referring to movie theaters (called “cinemas” in Britain). In North America, “theatre” is increasingly used for the art of the stage, and for high-falutin’ Broadway venues.

And if you were to write: “‘Theatre‘ is the favoured spelling because Paris is the centre of d’Arts,” your American spell-check would defenestrate you.

The French word “theatre” originates from the Greek Theatron (a new Transformer? I mean, Transfourmre?) which in turn comes from theasthai, “to gaze at or view as spectators.” That’s the difference between theatre and drama. Theatre was always defined, not around the players, but around those of us watching them, too timid to go up onstage, while “drama” comes from the Greek dran, meaning “to do.”

And if we go even further back, theasthai originates from Thea, the Athenian goddess of light. Thea is also the feminine form of Theo and theos (god).

So you see, Theatre is God. In 7th century BC Athens, the theatre festivals weren’t mere entertainment at all. They were sponsored by the state as part of religious festivals like Dionysia, in honor of the god Dionysis. Plays evolved from songs chanted by a chorus to honor the gods. Then one guy, Thespis, came up with the idea of putting on a one-man show and impersonating different characters mentioned in the song, with the chorus as back-up.

Later, the Greeks put a second actor (deuteragonist) and third actor (triagonist) on stage to interact with the first actor (protagonist) and the rest was downhill.

Over 2500 years later, the words have changed, but the melody remains the same.

Every year the International Theatre Institute chooses one person to deliver the World Theatre Day Message. This year it’s Brazilian writer, director, and politician Augusto Boal, founder of the Theater of the Oppressed.

“Even if one is unaware of it, human relationships are structured in a theatrical way. The use of space, body language, choice of words and voice modulation, the confrontation of ideas and passions, everything that we demonstrate on the stage, we live in our lives. We are theatre!

Weddings and funerals are “spectacles”, but so, also, are daily rituals so familiar that we are not conscious of this. Occasions of pomp and circumstance, but also the morning coffee, the exchanged good-mornings, timid love and storms of passion, a senate session or a diplomatic meeting – all is theatre.”