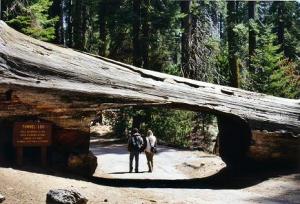 March 7 is Arbor Day in California. It’s the birthday of Luther Burbank, a Massachusetts native who moved out to California in the 1870s, and who used his Santa Rosa gardens for horticulture experiments for 50 years.

Though most states celebrate Arbor Day along with Nebraska on the last Friday in April, California trees definitely deserve their own day of celebration.

For starters, California claims the world’s oldest tree. On the slopes of California’s White Mountains in the Eastern Sierras, stands “Methuselah.” The Bristlecone Pine in Inyo National Forest is named for the Biblical grandfather of Noah. According to “Bishop Ussher’s Bible Chronology” the Biblical Methuselah was born in 3317 BC and died in the year of the flood, 2348 BC.

Assuming Ussher’s Chronology is correct, the tree Methuselah is actually older than the flood.  This Bristlecone Pine took root around 2760 BC.

It’s not uncommon for bristlecones in that forest to be over 4,000 years old. Nevada boasted an even older bristlecone named Prometheus that was cut down in 1964. Outside the region, few trees come even close.

The record for the largest tree and the “most massive individual living thing on Earth” also goes to California specimin. “General Sherman” is a  Sequoia tree in Sequoia National Park. A mere 2,500 years old, General Sherman is 275 feet tall, and its trunk has a circumference of over 100 feet, with a diameter of 35 feet. The trunk alone weighs an estimated 1400 tons, more than 15 blue whales.

Sherman isn’t the tallest tree in the world though, not even close. That record belongs to a redwood on the California coast called “Hyperion.” At 379 feet tall, Hyperion is five stories taller than the Statue of Liberty, and 9 feet taller than “Stratosphere Giant”, another California Coastal Redwood, previously thought to be the world’s tallest tree.

The new record-holder is apparently under the government’s “arboreal witness protection program.” Its exact location has not been disclosed to the public for fear that increased tourism could damage the forest’s fragile ecosystem. 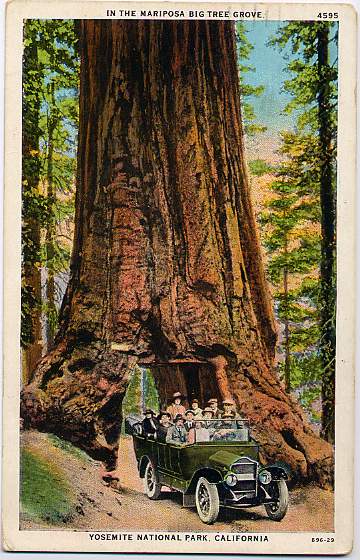