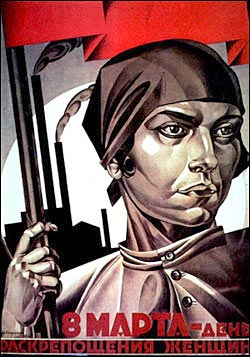 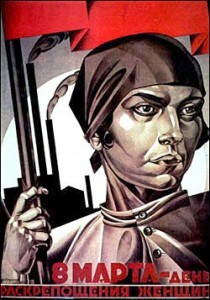 Over a hundred years ago, 15,000 women in New York City came together to march for better working conditions and universal women’s suffrage.

The following year the Socialist Party of America declared February 28 to be National Women’s Day. In Copenhagen in 1910 an International Women’s Day was proposed and unanimously agreed upon by 100 women representing 17 countries. It would be observed simultaneously by women around the world.

The first official International Women’s Day was observed on March 8, 1911. Over a million people celebrated in countries including Austria, Germany, Switzerland and Denmark.

Russia, which was still on the Julian Calendar, celebrated Women’s Day on February 23 to observe the holiday concurrently with the rest of the world. On February 23, 1917 thousands of women demonstrated in St. Petersburg, Russia, demanding Food for our Children, and for the return of their husbands and sons from the war. The Women’s Day march led to further demonstrations, and the abolishment of the centuries-old Czardom of Russia four days later.

Today, a century after 15,000 women banded together on the streets of New York, International Women’s Day is one of the most widely-celebrated secular holidays in the world.

One Reply to “International Women’s Day”