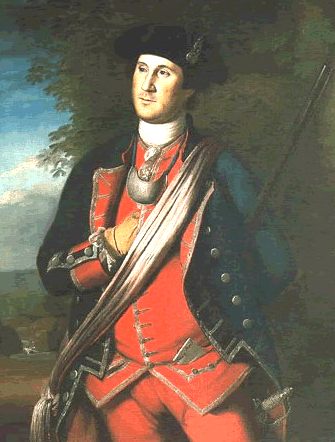 Thing is, George was actually born on February 11th, not February 22nd.

Why anyone got rid of this ingenious system God only knows.

Did this mean if your birthday fell on September 3rd you didn’t get a year older? No, most folks just reassigned their birthdays or other days of note to the corresponding Gregorian date. So September 3rd became September 14.

From the time of the switch onward, Washington chose to observe his birthday on February 22 rather than February 11. In fact, February 22 was celebrated as Washington’s birthday by Americans even when he was alive.

If you’re not confused yet, go here.

*[For millennia the beginning of Spring (what we’d consider February or March in the Northern Hemisphere) was considered the beginning of the year. The Roman calendar we use today was an exception rather than the norm. And in fact, even Romans considered March the first month of the new year up until 153 BC. It took centuries for that change to take hold in rural agrarian society.]

**[Astronomers under Julius Caesar suggested that inserting an extra day (leap day) in the calendar once every four years would make up for the fact that the solar year was actually 365.25 days, not 365. That calculation was slightly off, but only by less than a day per century. After fifteen centuries the disparity was too great to ignore. So Pope Gregory instituted a new calendar, removing three leap days every four centuries. But to make up for lost time—or gained time depending on how you look at it—countries adopting the Gregorian calendar had to skip 11 to 13 days on their calendars.]