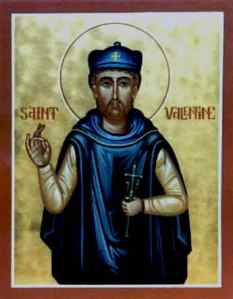 Valentinus was born in Africa around 100 AD. He was schooled in Alexandria, and was taught by a disciple of St. Paul named Theodas.

Valentinus was a Gnostic Christian who taught that God could not be known directly and was neither masculine nor feminine but a combination of both.

The teachings of Valentinus directly contradicted Orthodox Christianity, but he garnered a large following when he moved to Rome around 135 AD.

“Valentinus, the Gnostic who almost became pope, was thus the only man who could have succeeded in gaining a form of permanent positive recognition for the Gnostic approach to the message of Christ.”

Stephan A. Hoeller, A Gnostic for All Season

Valentinus died around 170 AD. The Catholic Church (literally “universal” church) declared Valentinus’s teachings heretical and all its writings were destroyed. Everything we knew about Valentinian Theology came from his detractors until the Nag Hammadi scrolls, discovered in 1945, were translated in recent decades.

But it’s unlikely that the Catholic Church would declare a Saint a man whose teachings it deemed heretical. Another candidate for the real St. Valentine is:

Valentinus of Interamna (Turin), a bishop and martyr who miraculously healed the deformed son of Craton, a Greek rhetorician in Rome.

Encyclopedia Britannica acknowledges a third Valentinus, who was a Christian priest in Rome with miraculous healing powers. He was imprisoned for teaching Christianity. While in prison, the jailer, hearing of Valentinus’s abilities, asked if he could cure his daughter of blindness. Valentinus did so using a special crocus. According to legend, Valentinus and the jailer’s daughter fell in love, and the last note he left to her before his execution (on February 14 of course) was signed “From your Valentine.”

The most popular candidate may be #4, whose legend is often merged with #3. Both were said to be Christian priests in Rome and share the same date of execution, February 14, during the short reign of Emperor Claudius II. (268-270)

During Claudius’s reign, Rome was fighting enemies on all sides, and the Emperor was having a tough time restocking the army with fresh recruits. So he temporarily banned marriage, thinking men without families would be more likely to fight in the army.

Valentinus defied the Emperor by conducting wedding services for couples in secret. Valentinus was found out, and was tried and beheaded–like #3–on February 14, 270.

There’s no actual evidence #4 existed as a separate entity from #3. Long before any of the Valentinuses, Romans associated the middle of February with love between the sexes. They celebrated Juno Februata on February 14 and Lupercalia on February 15. As Valentinus’s Saint Day happened to fall right in the middle of the pagan celebrations, it replaced the festivals in name, though not in practice. Over the centuries Valentinus’s legend may have been “spiced up” to explain why we associate this Roman bishop with all things romance.