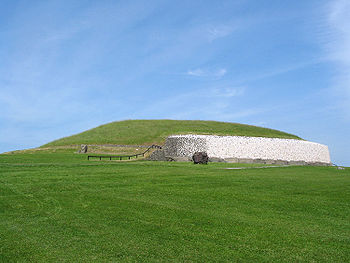 All the Feasts of Heathendom…

“Among all feasts of heathendom, Yule-festival is most important, it being the anticipation of the celebration of winter solstice.”

And of all the annual celebrations on earth there is none older and more universal than the celebration of the Winter Solstice.

Many of the world’s oldest monuments, which for years baffled anthropologists and archeologists, are now believed to have functioned as massive calendars that predicted the winter and summer solstices with astonishing accuracy. From Newgrange in Ireland and Stonehenge in England, both of which predate the Druids, to the Chankillo towers in Peru built 1700 years before the Incas, to the 365-day calendar used by the ancient Egyptians. All of these calendars were used to make sense of and to find meaning and patterns in an otherwise mysterious and unpredictable world.

The word “Yule” used in Germanic and Norse countries comes from “yula” meaning wheel, referring to the cycling of the seasons and the wheel of time. The term predates Christianity, but today yule-tide greetings are synonymous with the Christmas season.

The word Solstice comes from the Latin words “sol”, or “sun,” and “sistere”, meaning “to stand still.” The Solstice is the moment at which the sun stands still. Winter Solstice marks the longest night and shortest day of the year, and it usually falls on December 21 or 22. From that night on forward the ancients knew–or prayed–that the days would grow longer and warmer, providing for sufficient harvest and plenitude the following year.

As early as 2400 BC the ancient Egyptians worshipped Osiris, the god of death, life and fertility Osiris during the solstice. It was the day on which he was said to have been entombed and reborn. This tradition was echoed in later Greek ceremonies paying homage to Dionysus.

The ancient Romans celebrated the solstice with a week-long festival called Saturnalia, honoring Saturn, the god of agriculture. The symbols they used included holly and wreaths, and it was a time of exchanging gifts.

The Druids called this time Alban Arthan, the Light of Winter. Although it has also gained the interpretation Light of Arthur by the poets, harkening to the legendary king who was associated with the sun and believed to have been born on the Winter Solstice.

In the Norse lands on Yule’s Eve a boar was sacrificed and its meat used for the holy feast. Those who could not afford to do so, broke a boar-shaped loaf of bread in its place.

So have a great Yulstice! Yule be glad you did!